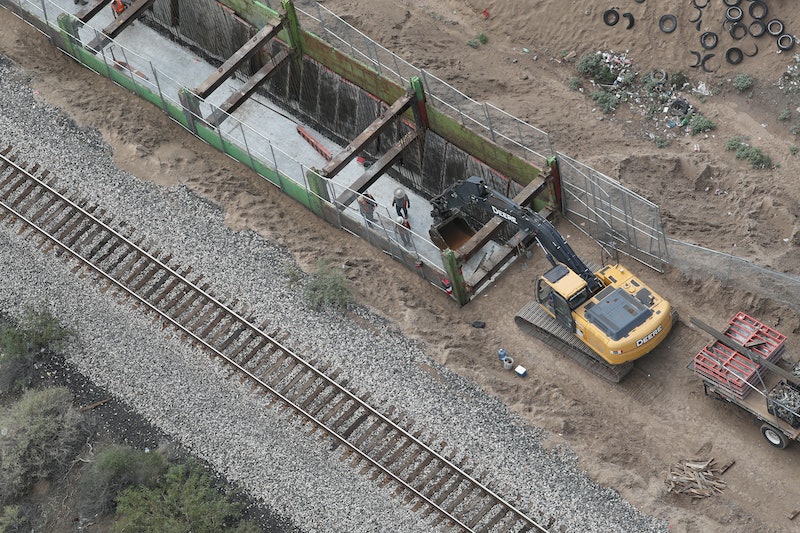 On Thursday, The Washington Post published the transcripts of two calls Donald Trump had with foreign leaders. One of these conversations was with Mexican President Enrique Peña Nieto, and during this call — which took place back in January — Trump urged Peña Nieto to stop telling the press that Mexico would not pay for Trump's proposed border wall. But in the months since Trump's inauguration, it has nonetheless become clear that it would be American taxpayers, and not the Mexican government, who would foot the bill. How much will Trump's wall on the Mexico border cost? According to a Department of Homeland Security document draft obtained by ThinkProgress, even their officials are unable to accurately predict the cost.

According to ThinkProgress, the DHS document acknowledges that the exact cost of the border wall is impossible to predict because the United States government does not own all the land along the U.S.-Mexico border. Back in February, Reuters obtained a DHS internal report stating that the border wall would cost up to $21.6 billion, and take more than three years to build. This figure was much higher than the Trump's campaign estimate of $12 billion. However, the draft obtained by ThinkProgress seems to indicate that even this figure is a tentative one.

If the United States wanted to build the border wall, it would have to seize private lands. The Fifth Amendment gives the federal government the authority to expropriate private property for public use — this is known as eminent domain — as long as it provides the owners of the property with "just compensation."

But existing cost estimates for the border wall do not seem to factor in how much the government would owe landowners in exchange for the use of their land. Moreover, many landowners along the border — some of whom voted for Trump — are opposed to their land being seized and used in this way, so the DHS might have to spend even more money fighting them on the issue.

The information obtained by ThinkProgress appeared in a draft of the DHS' answers to Hawaii Sen. Mazie Hirono's questions about how much the department would be willing to pay for the project. Although Hirono's office told ThinkProgress that they have not yet heard back from the DHS, the document indicates that Customs and Border Protection still hasn't conducted the necessary research to finalize real estate costs.

The border wall was one of Trump's most infamous proposals during his campaign, and he has spent a good part of the past two years promising that it would be built. Trump initially insisted that the Mexican government would pay for it, but after receiving a great deal of evidence to the contrary, the GOP conceded that this particular financial burden would fall on taxpayers. Despite this concession, even the DHS does not know how much the wall will ultimately cost, and cost estimates seem to be rising with every report.