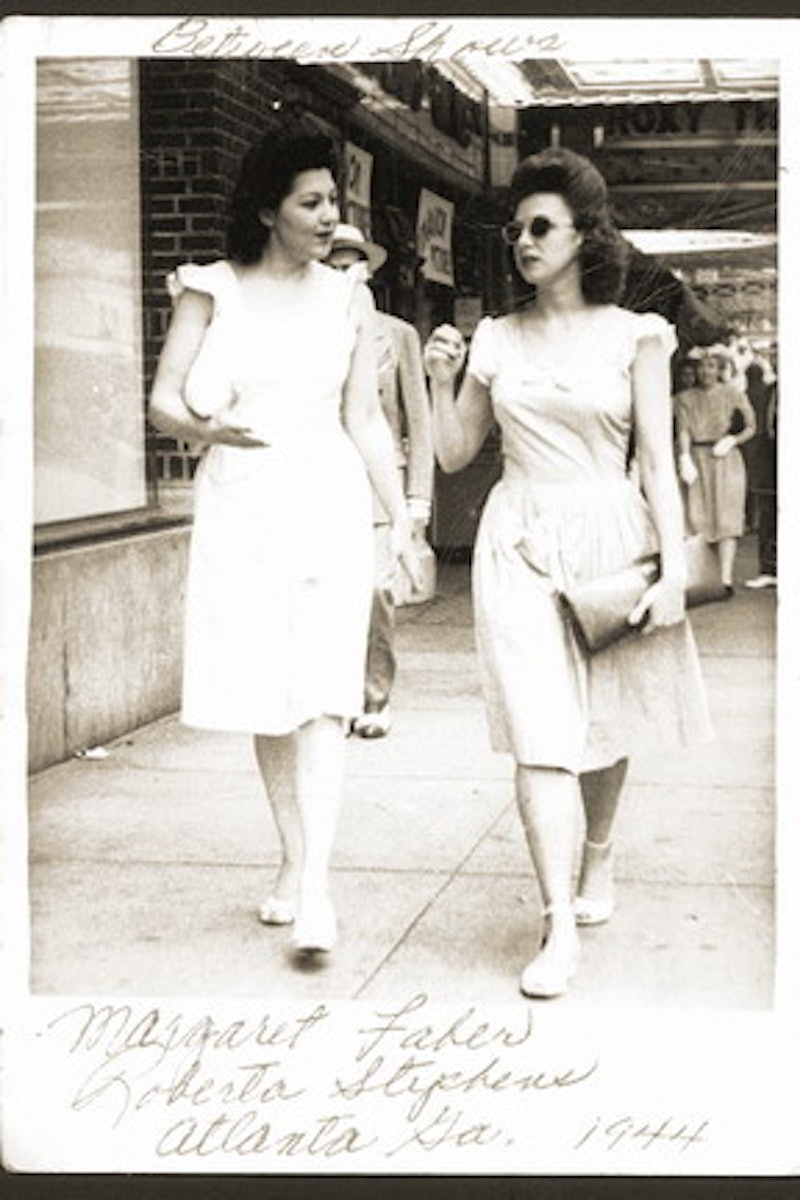 My grandma had some amazing sayings. She was the sort of person who casually muttered quick and clever one-liners with the ease most of us rarely experience. "What a relief to learn you're not 100% bum," she would quip. That was one of my favorites, actually, both the original "100% bum" characterization and the attitude behind it — her absolute, zero-tolerance policy toward any indication of laziness or a casual ambivalence about being helpful. This is just one way that my grandma taught me the true meaning behind "nevertheless, she persisted."

This sometimes played out in difficult ways, especially from a child's perspective. My mom was relatively strict, but she oozed saccharine indulgence compared to grandma. I once made the mistake of complaining I was hungry in grandma's presence. She threw a loaf of bread on the kitchen counter, set a butter knife and jar of peanut butter beside it, and harrumphed at me to go on and make myself a sandwich already, or "stop your squawking." I was four years old.

But as I grew up, the fear of my grandmother tilted more in the direction of respect, eventually transforming into something approaching awe. In fact, the older I get, the more I realize that the odds she overcame are nothing short of staggering.

My grandma had a defiant quality not often valued in girls or women, especially in the pre-feminist era in which she grew up. She was a tomboy in Chicago, riding her bike around the city with the boys, apparently roughing them up when so required. Although her given name was Roberta, she went by Bobbe. She was the daughter of divorced parents when such a thing carried heavy stigmas about legitimacy and family shame. But I see no admission of scandal or self-abasement from the photo above, or any photo that ever captured her face.

Bobbe was also a preternaturally gifted athlete whose exceptional skills earned her free dance lessons from a local instructor willing to overlook my great-grandmother's inability to pay for that type of "luxury."

She traveled the country as a USO dancer during WWII, which always seemed very Frank Sinatra-glamorous to my young mind. But during one of her tours, my grandma met a very bad man and made the mistake of marrying him. A drunk and a gambler, he was also abusive. Bobbe started strategizing about how to get away from the doomed marriage, and eventually decided a move to Casper, Wyoming, was her best bet. She'd spent one year of high school there, was still in touch with some friends who had since become lawyers and judges, and figured they could help her out. Even better, her violent husband had no mobster connections way out in Wyoming (which he apparently did have in other parts of the country).

According to my uncle, old enough at the time to remember the ordeal, Grams was wrong about that. Once in Casper, her friends left her to fend for herself. And fend for herself she did. Bobbe divorced her first husband, and opened her own ballet studio. She ran her own business, made her own money. She did this not only without a college degree, but without even a high school diploma. (Severe illness her senior year led to dropping out and opting for professional dance as a career.) She kept at it, even after her ex-husband paid someone off to have her killed (the mercenary couldn't bring himself to do it). She kept at it even after her ex-husband attempted her murder himself.

It's difficult to imagine a more visceral display of the challenges facing women than what Grams encountered. Even with an abusive husband, getting out of her marriage was enormously difficult. She had to work full-time to support her two young sons, and she managed to do that only by starting her own business. When she met my grandfather, she learned how to prospect land so she could work alongside him.

Grams was a dancer and choreographer who learned to love tinkering with TNT and literally fought off a grown man who tried to kill her.

She was well into her sixties in my earliest memories of her. By the time we met, she had long since moved to Colorado and spent much of her time gardening and canning. But in her conversations, everything eventually circled back to politics. She loved Ronald Reagan, and despised the imperialist tendencies and Japanese internment that she felt defined Franklin D. Roosevelt. While living in Florida, she had hosted a refugee Cuban family. And after checking in with my mother, I'm happy to report that Grams apparently thought Jeff Sessions was a no-good racist, way back in the 1980s.

So voracious a reader and quick a mind was my grams that it didn't even occur to me to question any of her political views until well into adulthood. And while I still fear what she might have to say to this prodigal grandchild, I am enormously grateful that grams is not alive to see what has become of the party she so fervently believed in. Because if there's one person grams would have immediately called out for being "100% bum," it's Donald J. Trump.

When speaking about women who have changed the world, we almost always stick to the big, famous names. But the truth is, for me, the greatest feminist I've ever known was my grandmother. She used to tell my sisters and me that "most men are about as useful as a feather on the foot." If I may take the liberty to translate, that roughly reads "Don't ever be dependent." I took this as a full endorsement of her belief in my ability to fend for myself, just as she had. And it makes sense that she and my grandfather had a long and mostly happy marriage, since he treated us with similar confidence. According to them, our assets were our minds and our character: take care of those, and we could conquer the world.

It's a shockingly optimistic view, I admit. It doesn't take into account all the obstacles faced by women, nor the relative privilege allotted to us as white women. But perhaps they had simply calculated those into the equation already. Sure, life is tougher and more perilous for a female. But also sure is that you've got what it takes to stand up for yourself and prove you're equal to anyone. Recognizing that this is not always possible, I also cannot deny that it is not so bad a way to inspire a young granddaughter.

One look at my grandma's life, and that truth becomes clear. "Nevertheless, she persisted" is an apt summary of her story. And I can only hope to pass on her legacy to my own children and grandchildren.