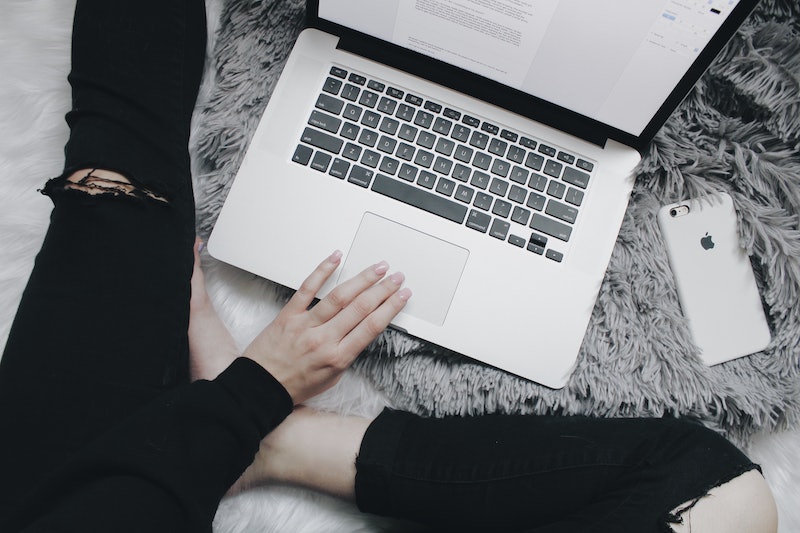 For some, November means the final stretch of fall, Thanksgiving, preparing for the holiday season, and rushing headlong into that end of the year stretch. For others, November mostly means one thing: NaNoWriMo or National Novel Writing Month. For the uninitiated, NaNoWriMo is when writers, both published and unpublished, hunker down and attempt to produce a completed 50,000-word novel in just 30 days. The exercise is an attempt at helping people work past their writer's block, come to terms with their writing fears, and just get those words down. This rough manuscript then becomes first draft from which they can work, an effective way to finally complete that story they've held in their heads for so long.

Thanks in large part to some very high profile NaNo "winners" (you win NaNo when you hit the 50,000 word mark) including YA authors Rainbow Rowell, Stephanie Perkins and Marissa Meyer, National Novel Writing Month has become almost larger than life with thousands of writers across the world signing up in the hopes of taking that first step toward publishing glory. And there are countless articles chock full of NaNoWriMo tips and tricks and even ruminations on why NaNoWriMo is not for everyone. In the writing community, you're pretty much surrounded by all things NaNo throughout November... and everyone is determined to get to 50,000 words no matter what it takes.

But what happens if you don't reach that ever elusive 50k word goal by November 30? Is NaNo only really useful if you, well, actually finish your book? For some participants, that might be true. But finishing a novel, no matter what, has never been the main goal of participating in NaNo for me. And, in fact, I would argue that the month's exercise is valuable for far more than just hitting an arbitrary word mark. Now, don't get me wrong, it would be incredible to win NaNo and I am actually in awe of everyone who can put aside their distractions (particularly smack dab in the middle of the busiest time of the year) and see their ideas through to completion.

But I have not been that person in 2015 or in 2016, the two years I have attempted NaNoWriMo; I did not finish a novel either time.

There are a few reasons for this. I still sometimes struggle with the creative writing part of my brain, turning off the editor I have utilized for so many years as a journalist. I worry about my lack of experience with fiction, I get distracted, busy with the holiday rush, and I focus too much on making things perfect even though I know it's a draft no one will ever read but me. Perhaps you can relate to one or all of the above; maybe these are the very same reasons why you haven't completed a NaNo manuscript in the past. But instead of viewing my incomplete novel as a failure, I actually still look forward to the general excitement of NaNo every year. And this year I have no actual intention of finishing a manuscript.

But instead of viewing my incomplete novel as a failure, I actually still look forward to the general excitement of NaNo every year. And this year I have no actual intention of finishing a manuscript."

Instead I am pumped to get back into the throes of NaNoWriMo. By reading the NaNo advice from authors who have completed manuscripts is not only super interesting and inspiring, I've been able to adopt so many practical tips that contribute to my own work all year long. Forcing myself to sit down every day for a month and think seriously about my writing, the characters I want to create and the stories I want to tell has been invaluable to my future as a writer, whatever that may be. And surrounding myself with a community of people who want to write, want to read, and want to grow creatively has been endlessly bolstering as I continue to take my own creative path.

If you've been avoiding NaNoWriMo because you don't think you'll ever be able to finish your novel in 30 days, I urge you to take part anyway. You might surprise yourself and knock out your whole book in only 20 days. Or you might find that flexing your writing muscles every day, thinking more about the kind of writer you want to be, and finding support from a bunch of other publishing hopefuls like yourself is even better than racking up those 50k words.