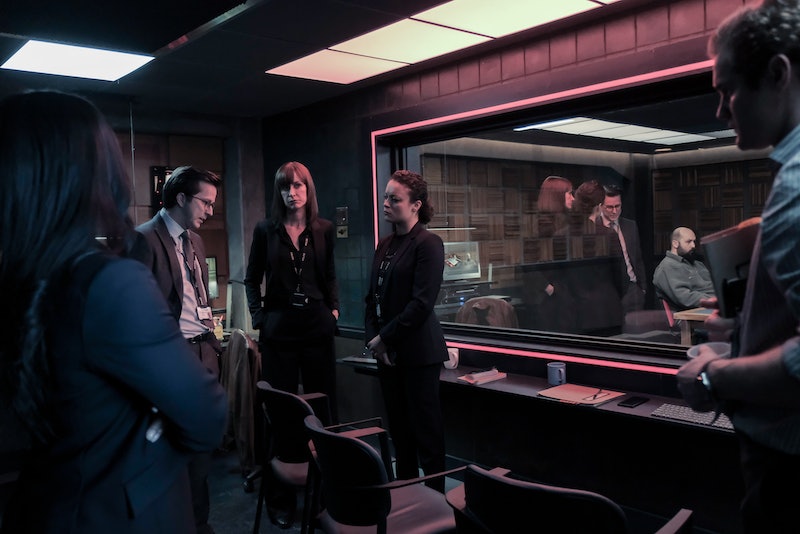 Netflix’s Criminal might be the first police procedural to admit — at least in form — that policing is largely dull, repetitive, and sedentary. Each 43-minute episode takes place in the same three-room set and features the same half-dozen police officers attempting the same grinding work. Namely, interrogation. Though each episode centers on a different crime, the show entirely skips the crime scene tape and the field work. What we get in Netflix’s Criminal is a single suspect, sitting in a gray, padded room, trying to figure out what he might say (or avoid saying) to ensure he gets to leave without handcuffs. The show is claustrophobic, meticulous, and absolutely thrilling.

Amid the glut of narrative crime and true crime series released on cable and streaming over the past few years, an episodic, crime-of-the-week series feels almost retro—a relic from a genre of television procedural that seemed lost forever to network TV. Which isn’t to say that watching Criminal feels anything like Law & Order: SVU.

Rather than jamming the life cycle of an investigation into an episode, each episode drills down to the now-or-never moment a team of crackerjack interrogators get called in, whether it be to extract information needed to save lives hanging in the balance or secure a confession before a suspect is allowed to walk. The show doesn’t take place in real time, but it feels something like it. When a wall clock is counting down every second the interrogators have left, each pause, each clear of the throat, each sip of water feels like an eternity.

The set's comprised of a subterranean-feeling interrogation room, a one-way mirrored observation room, and a hallway where conversation occasionally spills over. Televisions series frequently use bottle episodes when a script has fallen through at the last minute or to shore up budget constraints. What Criminal posits is that policing can be more psychological than investigative, that for interrogators the bottle isn’t a constraint but a competitive advantage. They’re used to the fishbowl; the suspects wilt under the depravation.

The series premiere begins with a two-tone buzz that’s become familiar to American audiences fed a healthy diet of UK procedurals (Line of Duty, Luther, Marcella) over the past few years. It signals that the tape is running, and the game's afoot. Criminal takes advantage of the format to book some big-name talent into its bare box set. First up is David Tennant (Doctor Who) as a doctor accused of murdering his step-daughter; next is Hayley Atwell (Agent Carter), who is accused of poisoning her sister’s partner.

If the structural gimmick can be slow and grating, the performances—which take on a quality of theatre in the cramped space—are urgent and real. When the police secure an early confession from Atwell’s character, the nature of interrogation is called into question. Is the point to extract a confession or catch the criminal? What about simply “a criminal”? The show is capable of asking and answering big questions in surprising ways.

Part of what makes Criminal standout from the recent bumper crop of crime shows is that, for all the ways the show handcuffs itself, it’s never straightforward. Conversation stalls or repeats itself. Suspects lie or seem to. Criminal’s interrogators hope they’re moving in the direction of a confession, but how to get there is as impossible to know as the closed bottle of someone else’s mind.