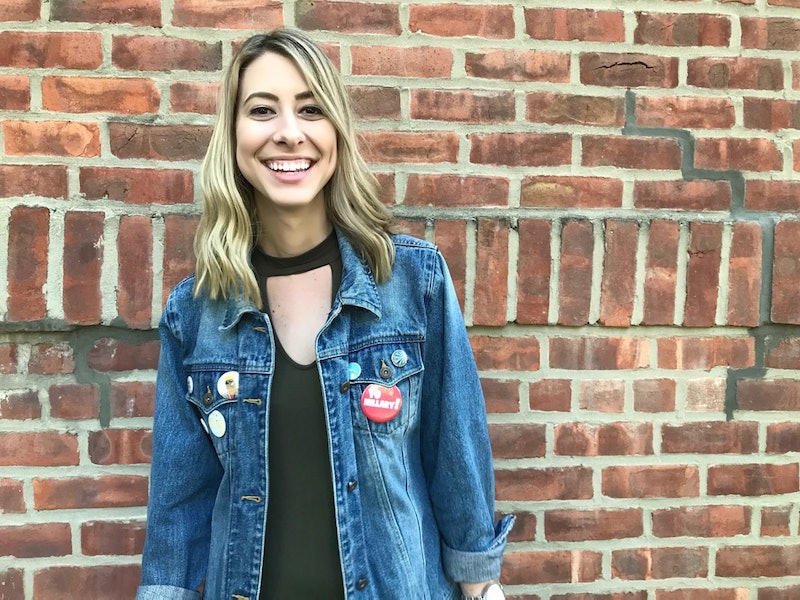 “Abortion is murder,” I heard a distant voice saying from inside the big yellow school bus that was taking my fourth grade class to the courthouse. This was not your average field trip. I was 10 years old and on a field trip to protest abortion — and it was hardly the first time “abortion is murder” rang in my ears.

My Catholic school religion teacher repeated those very words as we were about to say our daily rosary, as we stood in single file on our way to lunch, as we zipped up our pencil cases, and as we packed our backpacks to go home for the day.

The field trip, though, was putting those words to action. As we got off the school bus and walked onto the courthouse steps, our teacher instructed us to line up shoulder to shoulder. As we stood on Broward Boulevard in our monogramed shirts, plaid skirts, and saddle shoes our teacher dispensed various posters, which read “Life begins at conception” with images of aborted fetuses.

By no means as a 10 year old did I fully grasp the concept of abortion or have the capacity to make an informed opinion on it. However, I did what I was told. I held my sign and chanted the mantras after my teacher, "Abortion is murder."

I still remember how excited my group of friends and I got when the cars would smile, honk, and wave at us as they drove by. The more I think back on this field trip, the more it sounds like social conditioning. One can even argue it was a bit Pavlovian, teaching immature 10-year-old students they'd get positive responses for embracing a view they knew little to nothing about at the time.

I still wonder what long-term impact the day would have had if my mom hadn't spoken to me. When I got home from the abortion protest disguised as a field trip and asked my mom to talk to me, I received an explanation on both sides of the pro-life/pro-choice debate.

My parents never pushed their political views on me. I specifically remember my mom telling me that what she or what anyone else believed in was not my business — and that when the time for me to vote came, I would need to make an informed decision based on what I thought was best.

Lauren with her mom in Florida.

I am not sure my classmates had discussions with their parents after our field trip — or after our high school sex ed showed scare-tactics videos of women allegedly getting fetuses vacuumed out of their vaginas.

However, for all my criticism and concerns about what my Catholic education specifically instructed about abortion, it is actually what made me the ardent pro-choice advocate I am today.

Growing up Catholic instilled in me a moral foundation based on trusting in God and loving your neighbor as yourself. For me, loving my neighbors means wanting life, liberty, and the pursuit of happiness for them. It means equal rights and opportunities for everyone, not just the top one percent. It means the right to an education, access to health care, the right and access to vote, and an end to the systematic exclusion of marginalized groups.

To sum it up in one word, equality is what growing up Catholic has taught me.

That means if my neighbor needed to terminate a pregnancy due to a lack of means to support the life of the baby, then I support her decision and her right to choose what to do with her body and her life.

Lauren at the Women's March in New York City.

Some Republicans in Washington D.C., like House Speaker Paul Ryan, are pushing the defunding of Planned Parenthood through the healthcare bill to replace the Affordable Care Act (ACA), known as the American Health Care Act (AHCA). The non-partisan Congressional Budget Office (CBO) assessment of the Senate version of this legislation found the defunding measure affecting Planned Parenthood and other family planning services "would reduce direct spending by $225 million over the 2017-2026 period." Moreover, the CBO found:

To the extent that access to care would be reduced under this legislation, services that help women avoid becoming pregnant would be affected. The people most likely to experience reduced access to care would probably reside in areas without other healthcare clinics or medical practitioners who serve low-income populations

If the GOP really wanted to reduce the abortion rate, they would promote contraception and family planning. They would allow easier access to programs that offer pre- and post-natal health care, childcare assistance, improved adoption services and programs that prevent unwanted pregnancy. These are the ways to prevent women from ending up in a situation where they would need an abortion in the first place. Instead, they are attempting to exert control of women's bodies and choices when they have no right or place to do so.

My fourth grade abortion protest field trip still baffles me — and yet, I am reminded of it time and again by current events. Just as 10 year olds shouldn’t have a say, neither should the Republican men in Washington. It’s not their fight to fight.