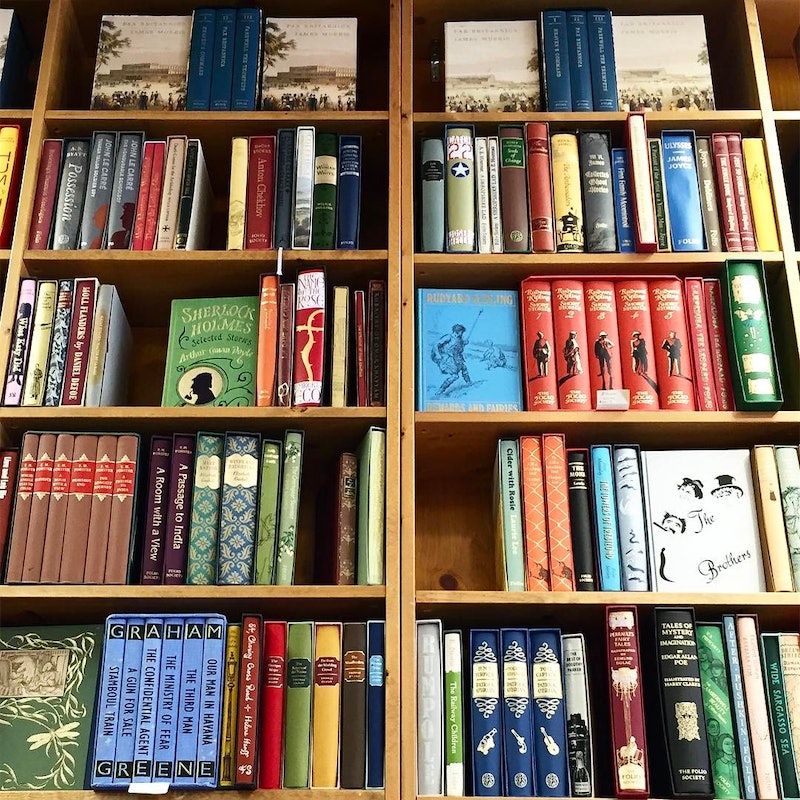 2017 was an anxious year. On the grand, global scale, we saw devastating natural disasters, openly bigoted politicians, predatory men, mass shootings, and the constant threat of World War III, just to name a few. The national mood has ranged from vaguely nauseous to out-and-out apocalyptic. Millennials are drowning in debt and the government appears to have embraced comic book-style villainy. Everyone can find something to feel anxious about.

On a petty, personal scale, I got dumped on the last day of 2016, two weeks before appearing onstage in the play I wrote. It was a year full of artistic achievement and a year full of dread, self-doubt, anxiety-induced chest pains, and weeping inconsolably for the duration of a New Year's Eve party.

Reading wasn't just a leisure activity for me this year — it was a lifeline. Perhaps books didn't fix everything that was wrong with the world at large and my life in particular, but they did help me to keep moving forward after each spiral of panic.

And yes, there were a lot of good things that happened in 2017, but let's be honest: the prevailing mood was anxious, if not grim. Looking back on my year in reading, I realize that the books that helped me the most weren't cheerful comedy memoirs or bubbly tales of the anti-grim. They were the books and stories that explored my anxieties to the fullest.

Like many, many other readers, I found myself drawn to dystopias and other dark, fictional futures this year. I finally read The Handmaid's Tale, after years of marking it "to read." It had always seemed a little too horrifying, too close to home, so I stuck with Margaret Atwood's other books. But when I finally cracked under pressure and acquainted myself with Offred's story, it was more cathartic than anything else. The Handmaid's Tale no longer seemed like an impossibly bleak future for humanity. It felt like validation: misogyny is real and we need to fight it now before we're all wearing red. Your fears are not groundless.

Atwood's grim warning is even mixed in with a sliver a hope. Offred's world is not our reality yet. We still have time to push back against oppression disguised as "traditional values."

This was also the year that I read Emily St. John Mandel's Station Eleven in a single sitting. It's more post-apocalyptic than dystopian, to be sure, but it also paints a deadly future for America. Mandel's novel is set in a world ravaged by a super-bug, where a ragtag troupe of Shakespearean actors tour the remains of civilization. Even that felt both validating and hopeful, though: a world in which all of our worst fears are realized, but literature still has the power to inspire.

Then, of course, there were the books which dealt with grim, bleak visions of the past: Markus Zusak's The Book Thief, narrated by Death and set in Nazi Germany, and Colson Whitehead's The Underground Railroad, set in an alternate version of the pre-Civil War South.

Again, these books didn't exactly distract from my anxiety—hiding from the Nazis or escaping a Georgia plantation are, to put it mildly, far more anxious situations than being dumped or performing in a play. But reading about characters escaping and resisting and surviving their hellish environments was enough to put my own problems in perspective.

Similarly, I took solace in Samuel R. Delany's memoir, The Motion of Light in Water. The early 1960's in New York City weren't quite the hellscape of Nazi Germany or the early American South, but Delany was a black, gay science fiction writer, at a time when those identities rarely intersected in mainstream literature. Nevertheless, he wrote and published his first eight novels by the time he was twenty-five. His story of struggling to get by, to find his voice, to deal with his own mental health, and to find joy amidst the squalor and the police raids was a constant source of comfort this past year.

The Motion of Light in Water by Samuel R. Delany, $20, Amazon

When my anxiety spiked and I felt the need to step entirely outside of my own universe, though, I turned to dragons and talking polar bears. Fantasy has always been my go-to genre for calming an anxious mind. It's not just that fantasy provides an escape (although I do think we're entirely too hard on "escapist" literature). Fantasy provides a larger-than-life world, making it all the easier to see your own demons.

This year I finished A Song of Ice and Fire, which helped me to exorcise my most vengeful moods while also reminding me repeatedly that world history is a large (bloody) tapestry woven of many tiny threads. In George R.R. Martin's world, kings and noble men are not nearly as important as they think they are.

This year I also re-read The Golden Compass and picked up Pullman's newest novel, The Book of Dust. Both are the perfect blend of high octane fantasy adventure, calming descriptions of Oxford, and anti-authoritarian children who question their entire social order. Plus, I started in on Stephen King's Dark Tower series, which ropes an unlikely gang of heroes together to save the multi-verse from destabilizing evil.

In the real world, we can rarely fix the injustices of the multiverse by fighting a guy or following our animal soul companions through the cosmos. But reading those stories can give us a little bit of precious, anxiety-reducing hope, no matter how implausible.

So here's hoping that 2018 proves to be slightly less horrible than 2017. But no matter what new anxieties we may face in the glorious new year, here's also hoping that we face them armed with a good book.