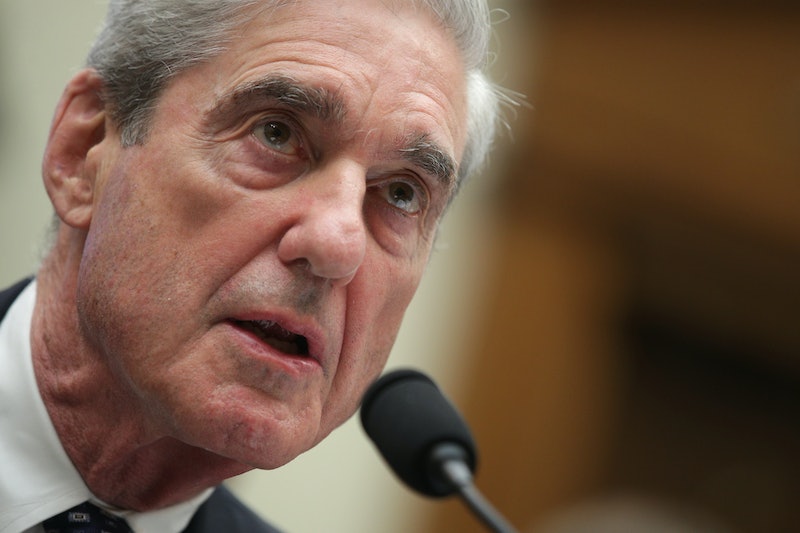 In this op-ed, writer Jenna Birch examines how Republicans questioned Robert Mueller during his congressional testimony on the investigation into President Donald Trump and Russian interference in the 2016 election.

During his testimony to Congress on Wednesday, special counsel Robert Mueller faced attacks from Republicans attempting to bring his character into question by criticizing his team, his interpretations of the law, his findings, and his patriotism. One Republican congressman went so far as to call Mueller’s investigation and report “un-American.” The day-long event made the special counsel’s weeks of reluctance to testify before the House fairly unsurprising. It also highlighted the depths Republicans would go to push their agenda.

Democrats used their time with Mueller to emphasize the report’s key findings, because President Donald Trump and other officials have tried to bury the truth. Trump has insisted he was “totally exonerated” by the Mueller report. Mueller himself directly contradicted that characterization of his findings in his testimony.

Republicans, on the other hand, created emotional diversions meant to undermine Mueller’s decisions on the job. These attacks included allegations that his team was a biased group of Democrats wanting to avenge Hillary Clinton’s election loss and that he chose to only include the most negative information about Trump.

Some Republicans yelled, like John Ratcliffe (R-Texas), who emphatically insisted that Mueller managed to “violate every principle and the most sacred traditions” of prosecutors by even detailing potential evidence of obstruction crimes without the ability to bring a charge. Others pulled stunts, like Rep. Michael Turner (R-Ohio) who brought out several thick law books asking Mueller why he said the report didn’t exonerate Trump, when the special counsel doesn’t “have the power or authority to exonerate.”

The unsettling tactic has been used by Republicans before: yell, scream, and rant about a person’s character to hide that person’s message. These politicians have an agenda of total conservative power. The way Republicans try to sow distrust threatens to undermine some of our longest-standing institutions, such as the FBI, Congress, and federally appointed officials like Mueller — institutions Americans should be able to trust.

Republican politicians’ portrayal of Mueller shows how low many in the party are willing to sink.

This is not the first time we’ve seen ill-intended characterizations by the GOP. Republicans’ questioning of Mueller’s intentions is not far from the president’s insistence that “the Squad” — first-term Reps. Alexandria Ocasio-Cortez (D-N.Y.), Rashida Tlaib (D-Mich.), Ilhan Omar (D-Minn.), and Ayanna Pressley (D-Mass.) — should “go back” to the countries from which they came. That statement attacked the representatives to undermine them and try to place them squarely against our country’s values and feed his supporters. Portraying the Squad as antagonistic foreigners in Congress only inflames a racist falsehood that Congress does not have the best interests of Americans in mind. It causes a portion of the country to fear diversity, instead of embrace it.

It’s the same kind of distrust Republicans want the public to have in the FBI and our federal officials. When Mueller was first chosen as special counsel, he was praised for his track record, experience, and the unbiased way in which he had always performed his jobs. Mueller is a former Marine with a Bronze Star and a Purple Heart who served as FBI director for 12 years. He helped bring the country through the turmoil of 9/11 and served in government-appointed positions under both Democratic and Republican presidents. Despite his reputation, Republican Congress members criticized Mueller’s judgment, said he came up with "creative" legal analysis, and called the whole investigation a "spectacle" of "public theater."

If there’s one truth Americans need to take away from Wednesday's testimony, it’s that Republican politicians’ portrayal of Mueller shows how low many in the party are willing to sink to keep the president in power and a conservative agenda in place. It also prompts a terrifying thought.

Mueller, who wrote nearly 450 pages about his exhaustive investigation and saw 34 people charged with crimes as a result of his efforts, did not have ulterior motives in his investigation or findings. GOP politicians are trying to twist your perception of the truth and blur the facts so you don’t quite get the whole story. And that tactic should scare everyone.