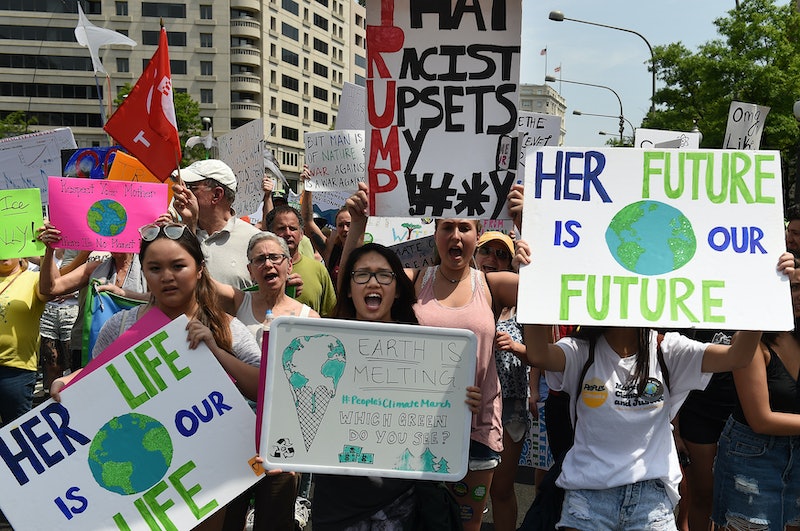 The scientific community at large at this point accepts that climate change is real, and is a threat to our planet. In a step to shelter the scientific community, Rhode Island recently passed a bill protecting some academic research from public records requests. Exempting research from the public record might not seem like a step in the right direction on the surface, but there's an important reason the state decided to take action.

With the federal government proposing to debate an issue that is already accepted in the scientific community, the Rhode Island law will push back against those looking to intimidate scientists and their findings.

The bill will protect parts of research from state institutions like working papers, preliminary drafts, and notes. If two scientists are debating the findings of research, their conversations and notes will not be subject to public scrutiny. In the review process, scientists may work together to improve their studies, and if all of their processes was accessible to the public, they could be more hesitant to point out problems or give advice to fellow researchers, the law rationalizes.

In 2010, the Energy and Environmental Legal Institute (formerly the American Tradition Institute) filed Freedom of Information Act requests to universities in a handful of states to get their research on climate change. One of these requests was for University of Virginia's Dr. Michael Mann. The agency claimed that because Mann had received taxpayer funds, everything he had written during his time there was subject to public record.

The goal was to challenge his findings on historical temperature data, which found the Earth was getting warmer. However, the Virginia Supreme Court ruled that unpublished research was exempt from the requests.

With Rhode Island's new law, academic researchers won't be subjected to scrutiny from groups that have a politically-motivated interest in challenging their findings. For now, Rhode Island's academics will continue in their peer-review process where fellow scientists will work together to strengthen the research.