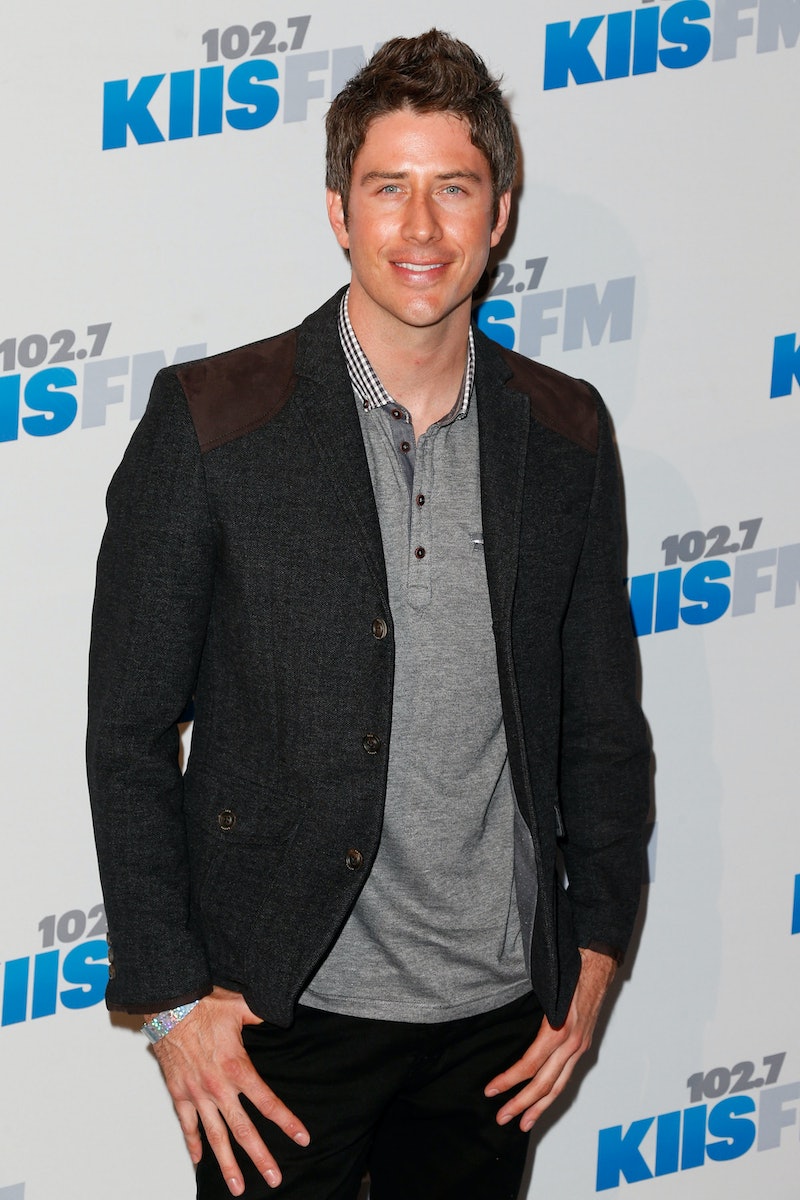 The Bachelor promises a fairy tale romance for the lucky winner who walks away with a new relationship, but that doesn't mean that the titular bachelor will be taking the winner back to a castle. How rich is Arie from The Bachelor? He'll be living it up at the mansion with 29 women looking for love and going on some exciting vacations with them, but that doesn't mean that every day of the Bachelor's life is filled with luxury. Eligible Bachelors have to work too — including former Indy 500 race car driver Arie Luyendyk Jr. Fortunately, all signs point to Arie doing pretty well for himself, which ought to please fans of the new star of the show.

There's no reliable number that's been made public about what exactly Arie makes, but we can look at his career as a race car driver to determine how he might be living. Arie's racing website reveals that he's quite the busy racer; he participated in the 2016 TORC (The Off-Road Championship) season, and placed bronze in the 2015 X Games, competing in "Stadium Super Trucks." In addition to his off-road racing career, he continues to participate in IndyCar racing, although he has not participated in the Indy 500 since 2006. Arie is a driver with a diverse set of skills, from IndyCar racing to off-roading, but that career is not quite as lucrative as other sports.

Even though professional car racing is an extremely dangerous sport, the pay for being brave and skilled enough to do it well pales in comparison to comparatively safer sports. IndyStar reports that "IndyCar salaries are not only less lucrative than those in the major professional team sports, they also are far less transparent ... You have a better chance using a Camry to chase down [an IndyCar driver's] car at the Speedway than nailing down the exact salary figures." However elusive the salary numbers are, IndyStar speculates that the top IndyCar racers make up to 1.5 million per year, while racers who aren't at the forefront of the sport are looking at numbers in the "low six figures."

While "low six figures" is not an insignificant amount of money, it pales in comparison to the salaries of the average basketball player, who makes over $6 million a year. Arie's off-road racing isn't especially lucrative either – the pay for the 2016 TORC Pro 2 season in which Arie participated pays out $2,250 for a first place finish, and merely $150 for a tenth place finish. The pay for racing cars is relatively low given the extreme risk that comes with the high speeds and sharp turns associated with the sport — which may be why Arie has a side gig selling houses.

When he's not racing, Arie also works as a real estate broker in Scottsdale, Arizona. While selling real estate may not be as exciting or thrilling as driving race cars, it's also a much safer way to make money. Investopedia reports that the average salary for real estate brokers in 2013 was $50,940, but Arie's commission could be more, considering that some of his listings are well over $1 million.

Between selling luxury housing in Arizona and racing cars, Arie's managed to carve out a lifestyle for himself that still allows him time to travel to places like Amsterdam as well as the coasts of Hawaii and the edges of the Grand Canyon. Race car driving probably won't make you rich on its own, but Arie seems to have a more than comfortable life that he may end up sharing which whichever woman closes out the season holding that final rose.