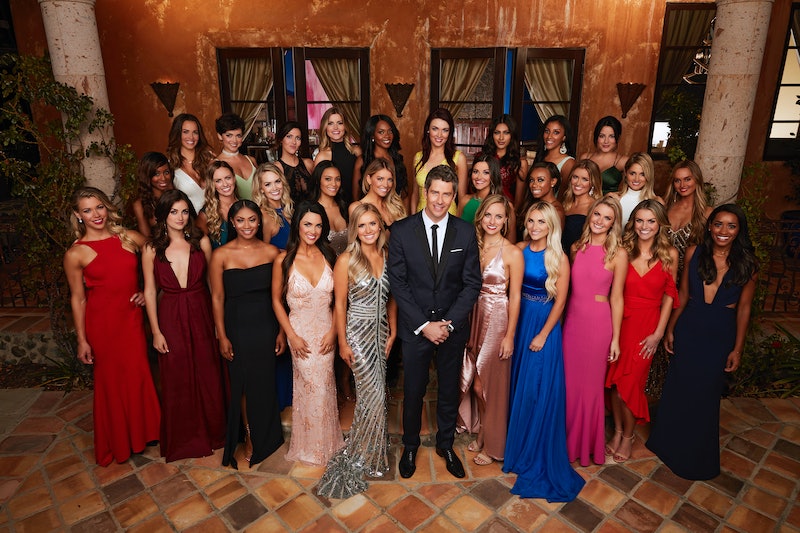 Even though The Bachelor doesn't come back until January 1, 2018, but there is plenty to entertain the fans in the meantime while they wait for Arie's Bachelor season. Thankfully the cast bios have been released and there are some shocking things to learn about the Bachelor contestants.

Surprising tidbit number one is that they all have "normal" job descriptions instead of made up titles like "Twin," "Dog Lover," "Free Spirit," or "Social Influencer." One one hand it's reassuring to have women with legitimate careers. Conversely, the contrived career descriptions are provide some great entertainment every season, so it's a little bit sad that they are gone this year.

The release of the cast bios is a big deal because it is the very first glance at the contestants, including a head shot, interview questions, and fun facts. Of course almost everyone wants to be Wonder Woman out of all the fictional characters and most of them aspire to own a dog with their future husband. Those are both great things, but it is the out of the box answers that really stood out.

There may not be any women with odd job descriptions, but based on these interview answers, they will be providing plenty of entertainment next season.

1. She Drove A Car Through A Moving Train

Some people have lame answers to the question "What is the most outrageous thing you have ever done?" Kendall is not one of those people. She admitted, "I once drove a car off of a ramp and through the caboose of a moving train. No lie." That story could use some elaboration. Maybe/hopefully she brings up the anecdote during a conversation with Arie Luyendyk Jr. during the season.

2. She Went To A Swingers Resort

When asked "What is the best trip you have ever been on and why?" Tia answers, "Cancun to a random swingers resort. HA! It was actually fun." Wait. What? Once again, let's hope this gets discussed on the show.

3. She Is The Only One Without An Age Listed

This one is not about something mentioned in the bio, but about something that is not mentioned. Bekah is the only Bachelor contestant who doesn't have her age listed in her cast bio. Clearly this is going to be a story line based on the trailer for The Bachelor 22. At the 2:08 mark, a woman in a voice over says, "I wonder if her age is going to be a deal breaker." Then another contestant shares, "I think she is reluctant to tell Arie how old she is." This omission of age is very intriguing.

4. She Is An Emmy Winner

A sports reporter named Bri said that her biggest achievement to date was "Putting myself together after heartache and winning an Emmy!" Did she win the Emmy while she was dealing with heartache or are these two separate achievements? Either way, props to Bri.

5. She Has A Plant Named Phil

Caroline doesn't have any pets, but she does share, "I'm waiting for someone to co-parent a dog with! I do have a plant, his name is Phil." Naming a plant? That's definitely unique.

6. She Lists "Kissing" As Her Favorite Food

Jessica completes the sentence "I love it when my date... " with "kisses me." That makes perfect sense, but then she adds, "Kissing is my favorite food. Lol." OK, girl.

7. She Went All Out To Channel Britney Spears

This fun fact is more amazing than it is "shocking," but it just really deserves some time in the spotlight. When asked about the most outrageous thing she's ever done, Amber reveals, "Hold a HUGE python in Thailand. I hate snakes so this was crazy for me. I wanted to feel like Britney Spears at the VMAs, I did not." She gets an "A" for effort though.

There aren't a lot of creative ways to answer a yes or no question, but Bibiana has an interesting response to "Would you consider yourself a lover of art?" She said yes, and also admitted, "Wish I could be art." Again, elaboration would be great to add some context to this sound bite.

9. She Has A Closet Full Of Halloween Costumes

Valerie shares that Halloween is her favorite holiday which is a great choice for obvious reasons. She also says, "You should see my closet. It's packed with over 50 costumes. I wish every day were Halloween." Same, Valerie.

10. She Wants A Pet Cheetah

Chelsea saying she hates it when a date "displays over-the-top PDA" is not outrageous. Considering that the Bachelor is a guy who is known for making out with women against walls and has been nicknamed the "kissing bandit," this is a pretty ironic thing to admit. Maybe Arie will change her ways?

Is it January 1 yet? These Bachelor cast bios are beyond intriguing. This season needs to start already.

More like this
Here's The Full List Of Zach's Confirmed & Potential 'Bachelor' Contestants
By Kadin Burnett and Grace Wehniainen
Everything To Remember About Lace Morris Before 'Bachelor In Paradise' Season 8
By Grace Wehniainen
Where Is Former Bachelor Host Chris Harrison Now & What Is His Net Worth?
By Hugh McIntyre
Here's Exactly When Rachel & Tino's Fight Happened After 'The Bachelorette'
By Grace Wehniainen
Get Even More From Bustle — Sign Up For The Newsletter