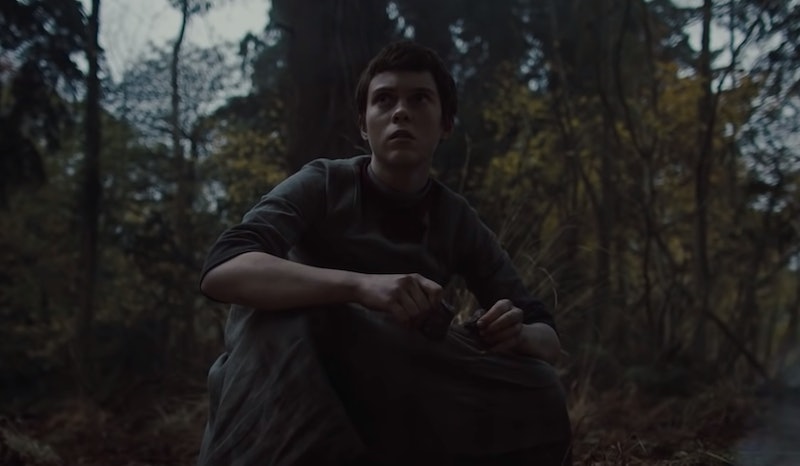 Folks familiar with the Brothers Grimm fairy tale know that there are much darker themes that lie just beneath the surface of the classic bedtime stories. In Gretel & Hansel, that edgier vibe comes to the fore, as some of the original story's more horrifying elements are placed front and center all throughout the film's trailer. And now that it's in theaters, audiences will get to find out just how scary of a story Gretel & Hansel really is.

The film follows siblings Gretel (Sophia Lillis) and Hansel (Sammy Leakey) as they set off in search of food and work only to get lost in the deep, dark woods. Their path eventually puts them face-to-face with a particularly frightening older woman, Holda (Alice Krige), who takes them under her care. But things take a turn when Holda's motivations for taking the children in are revealed to be a bit more sinister than they were at first blush.

Judging by the trailer alone, audiences should be preparing for a pretty horrifying look at the classic fairy tale. It is, after all, riddled with all the hallmarks of a horror movie: a somewhat muted color palette, dimly-lit scenes, unsettling jump cuts, and disjointed, discordant music.

But director Osgood Perkins has shown he has a unique take on horror, as evidenced in his previous projects like The Blackcoat's Daughter and I Am the Pretty Thing That Lives in the House. Both are more paranormal-themed horror, with the former focusing on possession and the latter focusing on a haunting. Though their subject matters may differ, they both are great examples of "slow burn" horror films, which use long, protracted developments to induce the creep factor, as opposed to cheap jump scares.

Perkins cites this approach as to why Gretel & Hansel is something a little more cerebral than your standard jump-scare thriller. Chatting with Looper about his focus on designing the film to target teens and adolescents, Perkins said, "I think that a lot of kids think that horror means things are jumping out at you constantly. [Gretel & Hansel] tests their heads a little bit... It enables them to hang in there for a minute and see what they think of as horror in a slightly different way."

In a behind-the-scenes featurette, Perkins touches on how the nature of fairy tales informed the film's direction. He says, "I wanted to embrace the feeling of fairy tales, which are inherently scary." Perkins is correct in that regard; fairy tales were originally designed as warnings for children, a kind of example of what might happen to them should they disobey or "stray from the path," so to speak. Over time, a lot of the brutality and violence that peppered the original stories were taken out, in the hopes of making them more fit for wider consumption. Gretel & Hansel seems to be a step back towards incorporating those things back into the story in a more meaningful — but ultimately frightening — way.