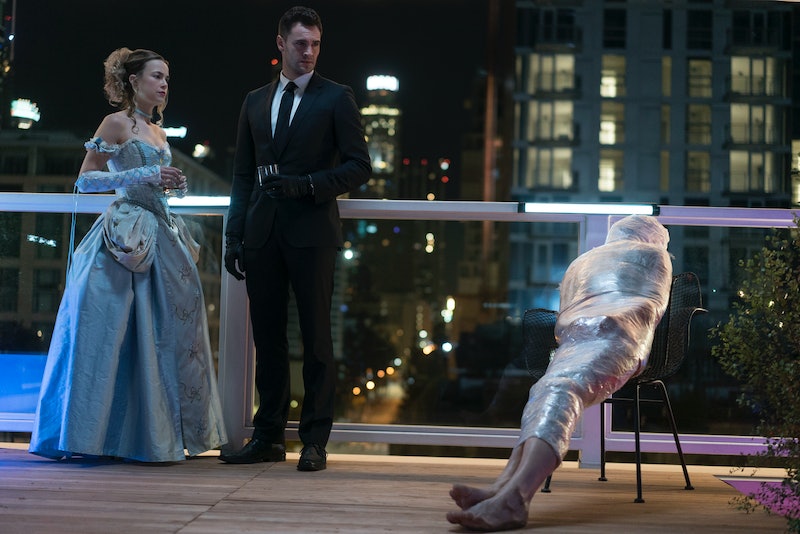 The novelty of the anthology series resurgence brought about by the success of American Horror Story may have worn off, but some shows are still finding new ways to turn loosely connected stories into television series. Hulu's new horror series Into The Dark promises a new story for every month, attached to that month's biggest holiday. The horror series is starting off with the most horrific of holidays — Halloween — but just how scary is Into The Dark really going to be? One person's "horror" is another person's Moana.

Like fellow horror anthologies Black Mirror and The Twilight Zone, Into The Dark is telling a different story every episode, which means that the tone could fluctuate wildly from episode to episode. The show could go from a by-the-books celebration of gore and jump scares, may evolve into a psychological thriller the next month, and could become a light-hearted horror-comedy the month after that. The episodes are able to have any identity they want, but the show's marketing indicates that one key element that links all of these stories — they're products of Blumhouse Productions.

If you've seen a scary movie at some point in the last decade, you've probably seem a Blumhouse Productions. The studio, named after founder Jason Blum, has become synonymous with horror movies that have a low budget and a high box office gross, ranging from though-provoking horror films like Get Out and The Gift to jump-scare sensations like Paranormal Activity and Insidious. Blumhouse's wide range of films makes it hard to define what exactly makes a Blumhouse movie a Blumhouse film, but fans should expect the events of Into The Dark to get pretty chilling, especially if it has any of these Blumhouse tropes.

Into The Dark Will Probably Feature Jump Scares

Jump scares existed before Blumhouse started making movies, but one would be hard pressed to find a Blumhouse film that doesn't feature some horrifying jump scares. Blumhouse films like Insidious and Sinister use their ghost story narratives to deploy some of the most memorable jump scares of the past decade, and it's hard to imagine that Into The Dark won't sneak in a few surprising scares into the series.

Into The Dark Will Likely Have Some Social Commentary

Horror movies are often reflective of the culture they're made in, and several Blumhouse films exaggerate social anxieties to create truly chilling films. Get Out turns the experience of being a black man in a white world into an Invasion of the Body Snatchers-style nightmare, while The Purge uses its titular event to comment on the cruelty of the ruling class. While it's not likely that all Into The Dark episodes will have a clear social subtext, a few could use horror to delivery some biting commentary.

The trailer for the first episode of Into The Dark, titled "The Body", appears to be putting a focus on fun above all else. While only time will tell if the other episodes in the series follow in this pattern, Into The Dark could mark Blumhouse's entry into the world of horror-comedy, which has been noticeably absent in the company's filmography.

Part of the appeal of Into The Dark is that it's unpredictable. The only things we know about the twelve coming episodes is that they will be scary and they will be related to some sort of holiday. Beyond that, however, the fear factor of any given episode really depends on the episodes themselves.

More like this
Pamela Anderson’s Dating & Marriage History Could Be Its Own TV Series
By Jake Viswanath
At 28, Rosie Perez Risked Her Career To Stop Playing Stereotypes
By Gabrielle Bondi
Rupert Grint Just Shared A *Major* Update About Ron Weasley’s Future
By El Hunt
Here’s Everything Coming To & Leaving Netflix In February
By Jake Viswanath
Get Even More From Bustle — Sign Up For The Newsletter
From hair trends to relationship advice, our daily newsletter has everything you need to sound like a person who’s on TikTok, even if you aren’t.