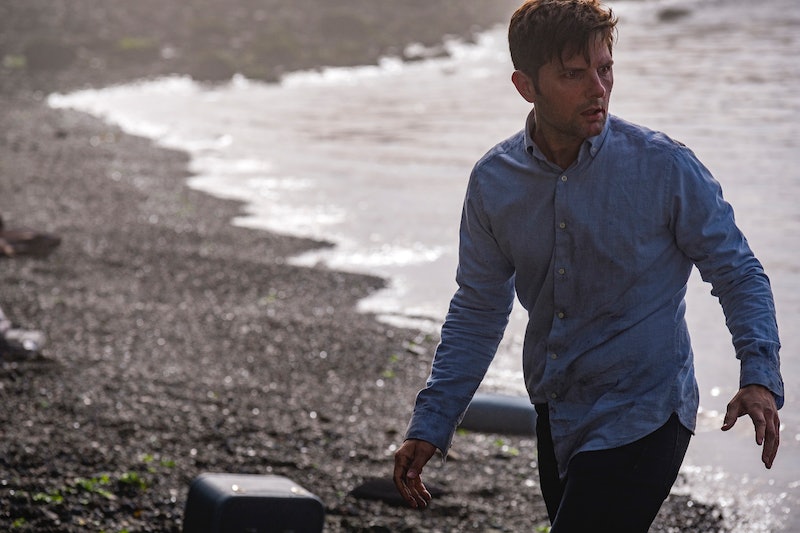 Jordan Peele's reboot of The Twilight Zone captures the spirit of the original series — but those too nervous to see Peele's latest horror flick Us without reading the Wikipedia summary and a dozen theories first may be wondering if the CBS series is worth streaming. Just how scary is The Twilight Zone? If you watched the original series, you basically know what to expect.

That is to say... it's really not scary at all. The trailer may have freaked you out, but it's not that bad. Fear is subjective, for sure, but take it from me, a person whose favorite horror movie before Get Out was Joss Whedon and Drew Goddard's comedy The Cabin In The Woods. I don't do scary — not even a little bit — and I sat through the first two episodes of the Netflix series just fine.

It's creepy, sure. The characters themselves are often scared, so if you're sensitive and very empathetic, you might get spooked along with them. The characters are also doing some twisted, and sometimes scary things. However, there aren't any jump scares, monsters, blood and gore, etc. — shows like The Walking Dead, Chilling Adventures of Sabrina, and Stranger Things have got The Twilight Zone beat.

Even Black Mirror, which has been compared to The Twilight Zone because both shows are made up of science fiction vignettes that often have twist endings, is way scarier than The Twilight Zone.

That, of course, begs the question — is the show not scary enough? Will fans of shows like American Horror Story, and The Haunting of Hill House even like it? Will the people who think I'm lame for not seeing A Quiet Place, Hereditary, and Suspiria last year be bored by The Twilight Zone? Maybe, but maybe it was never for them. If the holiday marathons have taught me anything, The Twilight Zone has always been more about subverting your expectations, creeping you out, and giving you a twisted sci-fi premise to mull over rather than curdling your blood and chilling your spine. Temper your expectations, is all I mean.

One thing I will say, that may be a knock on the reboot but comes from a place of love and respect, is that Jordan Peele's presence as narrator is not nearly as ominous as Rod Serling was in the original series. Sorry! Perhaps that's just because I'm used to seeing him on screen in comedies. Perhaps, as the season goes on, that disconnect will go away.

The best way to describe The Twilight Zone is to say it's a "social thriller" — Entertainment Weekly tweaks that to call Peele's work sociological horror. That's true of the original as well. “[Serling] would craft a custom-made nightmare for those people," Peele told EW of the original and its characters. "He would place reveals strategically throughout an episode. And he would use the show to Trojan-horse commentary and social messaging through entertainment.”

So while you don't need to keep the lights on or hide under a blanket to enjoy The Twilight Zone if you are particularly skittish, it's capturing the tone and spirit of the original series. The fears are there, but they may be a little more thought-provoking, and a little more lingering than your run-off-the-mill spook.