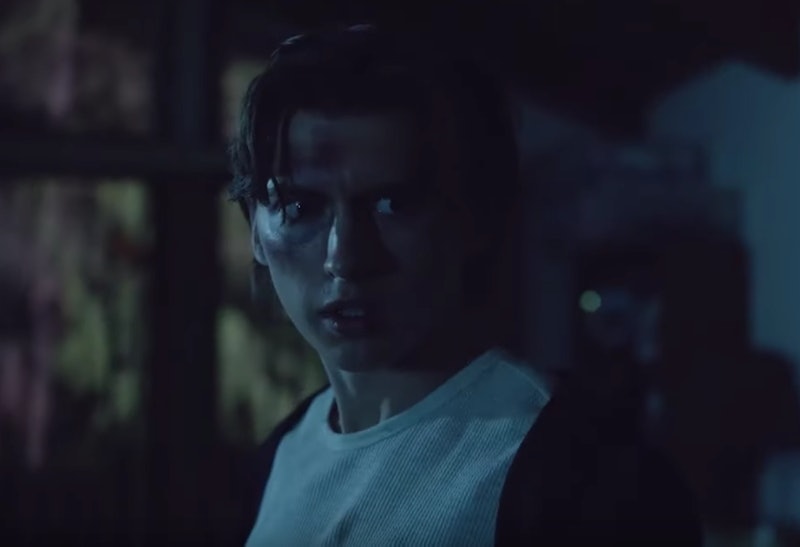 Thanks to The Birch, accidentally "liking" your crush's years-old picture is no longer the scariest thing that can happen on Facebook. If the trailer wasn't enough to convince you how scary Facebook Watch's The Birch is, perhaps a description will. The series is told from the perspectives of multiple characters whose lives are affected by the titular monster, a towering figure made of knotted tree branches and bark. You can summon it as a means of protection, but that protection comes at a cost.

In the original short film the series is based on, a high schooler summons the Birch at the suggestion of his grandmother, and the monster goes on to violently kill the boy who's been bullying him (or else helps to kill the bully; his actual death isn't shown). Afterward, the Birch entwines the main character's hand in its branch arms — a gesture of comfort, but also seemingly an indication that once summoned, the Birch is indelibly tied to you. There's no escaping or going back on the decision.

The original film is light on scares and heavy on atmosphere, with the scariest part being the visual impact of The Birch itself. There is some blood and gore, but the story seems more focused on giving viewers the creeps than outright shocking them. The same should be true for the show, which was shaped entirely around fans' response to the original five-minute film.

"The cool thing about releasing the short and seeing the community in advance is that we could pull from the audience a sense of what they were emotionally connecting with," executive producer Kate Krantz recently told Fansided. "That is how we fleshed out the multiple perspectives and general archetypes before we brought in writers to pitch on the show. It was a foundation we built purely from audience response."

But while the short and Facebook Watch's version of The Birch will be tonally the same, the show will expand the narrative to include three characters — an effort to "honor the request for a deeper level of mythology" Krantz told Fansided. She also described the Facebook iteration of the Birch as "a monster with a moral compass," saying that the series will explore both its "good protective side and a dark predator side." If the movie is any indication, the two will act like a vicious cycle: the protective side activates the predator side.

"The monster universe that we're building is empowering," Krantz explained. "The human characters inside of these narratives are living thoroughly in these grey areas. Every blip we make has a ripple effect, sometimes that’s positive, and sometimes it's negative."

All of that being said, The Birch is aimed at a younger audience, so it likely won't be anywhere near as grotesque as network horror shows like Hannibal or American Horror Story. If you're just dipping your toes into the world of horror and aren't quite ready to dive in head first, it could be a good place to start.