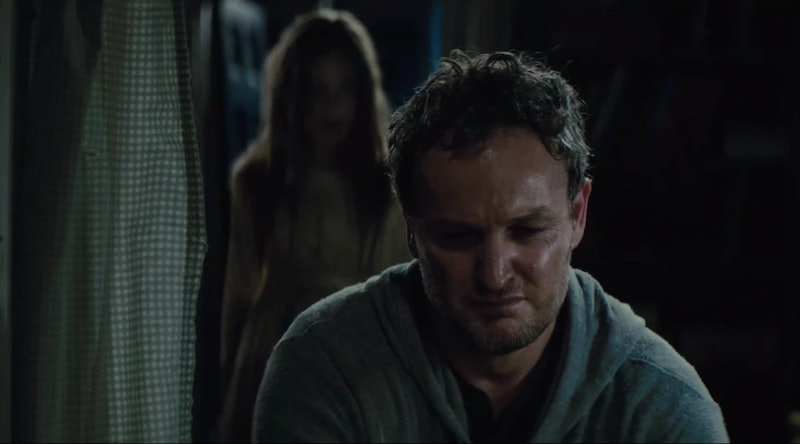 Twenty years after the first Pet Sematary film adaptation his theaters, the co-directors behind the demonic tale of Hollywood struggle Starry Eyes have remade one of Stephen King's most disturbing novels. How scary is the new Pet Sematary compared to the last? The latest take on King's frightening tale tweaks the terror by giving us a more relatable evil.

Throughout his career, novelist Stephen King's taken on plenty of offbeat topics that don't seem terrifying, until the Master of Horror tackles them: Small town airports (The Night Flyer), laundry machines (The Mangler), aliens (The Tommyknockers), dogs (Cujo), Polaroid cameras (The Sun Dog), aliens again (Dreamcatcher). But with Pet Sematary, he took on two very human and unavoidable fears: death and loss, magnifying them into a traumatizing tale of need and pain, exploited by something older waiting in the woods for these opportunities.

When the novel finally came out in 1983 after a long delay, it was billed as a story so frightening even King couldn't finish it. There was some truth to that. In a Paris Review interview King admitted, "I’m proud of [finishing Pet Sematary] because I followed it all the way through, but it was so gruesome by the end of it, and so awful. I mean, there’s no hope for anybody at the end of that book. Usually I give my drafts to my wife Tabby to read, but I didn’t give it to her. When I finished I put it in the desk and just left it there." In the same interview, he said that the only reason the book was published at all was to fulfill a publishing contract.

In Pet Sematary, the Creed family moves to Maine, into a quiet house near a surprisingly busy highway. When their pet cat is hit and killed, well-meaning neighbor Jud Crandall tells dad Louis about the town's unspoken secret — behind the Pet Sematary is an older place that brings things buried there back... but not as they were. "Sometimes dead is better," Jud warns Louis, but when 3 year-old son Gabe is hit, Louis can't resist the temptation...

The horrifying hook is that the terrible evil has good intentions. Jud cares about this family and wants to help; Louis wants to alleviate his family's grief. The original film's director Mary Lambert said to Bloody Disgusting, “It’s definitely about that bad decision. Death is something we have to accept. We can’t change it...the archetypal story that I know infuses Pet Sematary is The Monkey’s Paw...But if you can have anything you want, and it’s a huge power…it’s so hard to use that power because the consequences of that kind of power are just huge.”

In the new film, the consequences are even more dire. The latest trailer gave away a big twist — the new film's major change from both book and original film. Instead of Gabe, it's his older sister Ellie who is killed and resurrected. Speaking to Entertainment Weekly, co-director Dennis Widmyer explained the choice saying, “There was something about an 8-year-old and the psychology that she would have. She would understand what happened to her on the road. She would understand that she’s dead. She would know how to not only physically kill a person, but psychologically destroy them as well. It just gave another layer to it.”

If you were wondering what could top a resurrected toddler on a murder spree for creepy, your answer is now a child, with full awareness! Even King is on board with the eeriness the update implies. Speaking to EW, he said "It’s f*cking great!...My idea is, “If it works, it’s golden. If it doesn’t work, you know, Jesus Christ, why did you change it?"

Speaking of changes, there's more than one ending to the upcoming reboot. In an interview with SlashFilm, Widmyer said, "The other ending is gonna be on the BluRay and it's... bleak. And [the ending that made it in] might even be bleaker. To [the studio's] credit there was never a time where they said, 'It's gotta be more fun!' .... There was never really gonna be a happy ending. That's against the DNA of this book." And yet, he also confirmed that there's a thick vein of gallows humor running throughout the film to balance out its dark themes.

We're all going to die, and if you accept that fact, Pet Sematary will be a rewarding probe. If not, it's going to take a stab at your darkest fears.