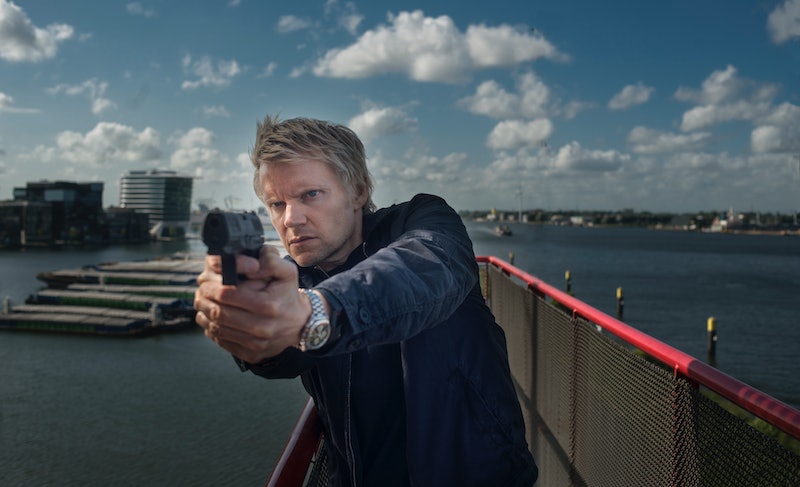 Clear your Sunday evening schedules, because ITV's Van Der Valk looks set to become your latest weekly fix. After a three-decade hiatus, the series is returning to our screens for another run, and will again centre around a highly-intuitive Dutch detective as he dissects criminal cases in Amsterdam. But how similar is ITV's Van Der Valk to the original? Here's everything we know so far.

As Deadline reports, the original ITV drama made its debut back in 1972, and ran for a total of five seasons with Barry Foster at the helm before wrapping up in the early '90s. The series was loosely adapted from the novels by British crime novelist Nicolas Freeling, and followed the story of criminal investigator Simon Van Der Valk.

The lead character is set to make a comeback in ITV's reimagining of the classic series, which again takes place in and around the Dutch capital. So, it appears the 2020 reboot will stay closely aligned to the premise of the original.

However, one notable change can be found within the show's main cast, which as the Radio Times reports, includes White House Farm's Maimie McCoy as Van der Valk’s trusted companion Lucienne Hassell. The newly-created role seemingly replaces the character of inspector Johnny Kroon, who was portrayed in the show's initial run by actor Michael Latimer.

Although originally airing between 1972 and 1992, an ITV synopsis also confirms the "contemporary" reboot is based in the modern-day.