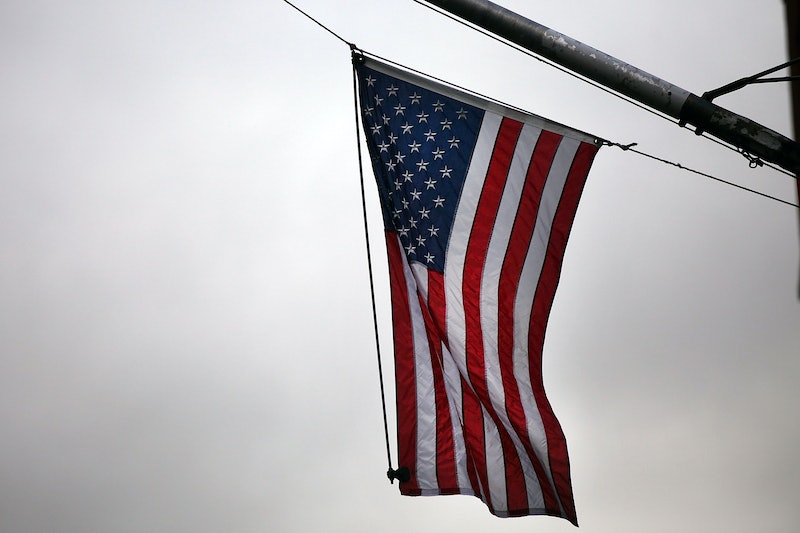 This September will mark 16 years since the 9/11 attacks — one of the most horrific act of terrorism America has witnessed. While news coverage of the event has been plentiful, a teenage victim, who lost her father and two uncles in the tragic event, is coming forward to tell her story. Eighteen-year-old Delaney Colaio will co-direct the upcoming documentary We Go Higher alongside Michael Campo with producer Sara Hirsh Bordo, CEO of Women Rising. While Colaio recognizes that there has been coverage of the children greatly impacted by 9/11, she hasn’t quite seen the story told her way. Over the phone, she and Bordo explain why now is the perfect time to tell it.

Bordo tells me that this year, Colaio and her family were asked to travel to testify in Guantanamo Bay against the five 9/11 terrorists who brought down the World Trade Center in support of the death penalty. That's a call Colaio never thought she would get — someone asking for her to speak on behalf of other victims, namely, the kids.

The documentary's production will start in July, and they aim to have a 2018 premiere. Colaio is more ready than ever to give these kids a platform to voice their stories, especially after many of them have been spoken for for much of their lives.

"I was almost three when 9/11 happened," she tells me. "As I get older, I start to realize how big of an effect it actually had on me. I just feel like we’re ready, not necessarily me, but as a community to tell our stories our way. It hasn’t really been done before. It’s so important for us and we need it as well."

It's not that these stories from then children have been overlooked, but they haven't necessarily been told in the raw and real way Colaio aims for them to be. "It’s kind of been editorialized in a way. I think it needs to be more authentic. The kids deserve that."

And her film partner Bordo is her biggest cheerleader. "It happened for everybody at the flip of a switch, but the readiness that we’re seeing 16 years later is just the time when they’re all ready," the producer says. She explains how she's so profoundly moved by the kids opening up and revealing their stories. "The kids have never been in the director’s seat before and that’s what’s so exciting about this," she says. Through the film, Bordo hopes to humanize the experience, one she says is often sensationalized.

"The personal triumphs that each of them feel... becoming resilient is a new superpower," she says. "Stepping into what that recovery process looks like — these kids are not the first kids to lose a parent, they are a tribe and a community of people that have lost the most personal thing in the most public way," she says. Colaio is just one of the kids who Bordo refers to as part of a new group of American heroes.

Colaio walks me through her mental state through the years. "I don’t know if I ever felt so much anger," she says. "It was sadness and disappointment. At first I was like, ‘Who the heck are these people to take away my dad?’ But now, I’m just realizing these people were raised in a way that they were wrong," the 18-year-old says. "I feel bad for them too. I’m just sad."

The recent high school graduate admits the events led her to grow up fast and take care of her widow mom and younger sibling, even at a young age. Now, she wants her story to inspire others.

"I hope this film can be a resource for people struggling with loss. There is hope through loss," she says. "There’s something to be said about defying the odds."

She recalls that the challenge of moving forward often feels impossible. "It would’ve been so easy to give into the hatred, and right now, we’re choosing to fight back with love and hope. That is beating those odds," she says. "I hope people around the world see that in their own struggles they face every day."

Bordo sees why Colaio is a heroine in her own way. "She’s your average 18-year-old in a lot of ways. But there is a new sense in her that I am watching come alive... a fire gets ignited by actually being handed the microphone," she says. "Positive storytelling, difficult social issues is something we’re not seeing as often as negative storytelling around social issues."

Colaio admits she's experienced times of living in fear, but actively conditions herself not to go on that way. "A lot of us have been living in fear with everything going on... kids step up and say, ‘Actually, this didn’t break us, it made us stronger' and we’re OK and you’ll get there too," she says. Yet another reason the world needs these stories, and it needs them now.