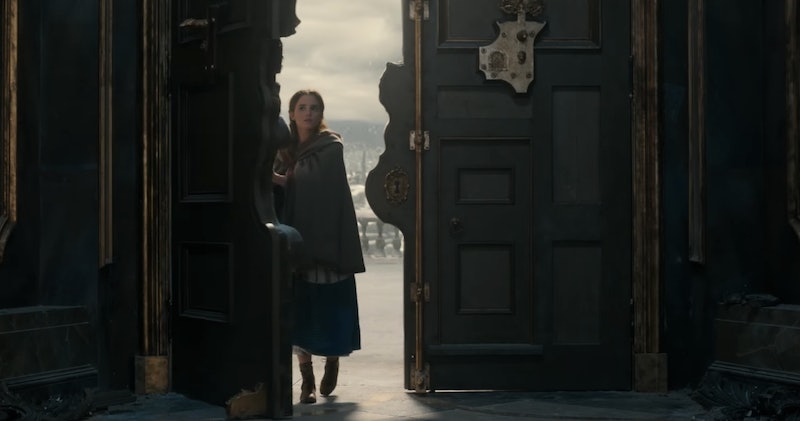 Do you remember the glory days of the Disney Renaissance, a time when literally every animated film Disney created was an instant classic? I sure do. Disney is hoping to recapture that classic feeling with 2017's reboot of Beauty and the Beast. But how does the 2017 Beauty and the Beast differ from the animated film fans know and cherish? The first images and trailer ahead of the film's March 17 premiere have done nothing less than confirm that the film is going to be an excellent reminder of the original film while bringing some new twists to the story. Think you know Beauty and the Beast? Think again.

Emma Watson and Dan Stevens will be leading the half-live action, half-animated cast in the newest adaptation from director Bill Condon. Condon's previous musical work on Dreamgirl's ensures that the man at the help of this reboot knows exactly how to bring the music and magic that we grew up loving alive once more. If you were hoping to hear some of your favorite songs or revisit some of your favorite characters, you're in luck: 2017's Beauty and the Beast seems to have it all.

But take note: there's definitely going to be some new twists. While I was able to dig up a few interesting items, I have no doubt that there are plenty more fun changes waiting to be discovered. Here's what we can expect to have changed in the reboot.

We'll See The Furniture In Their Human Form

The poster for the newest Beauty and the Beast reveals a totally human cast, save for the Beast himself. While there's been no official confirmation, something tells me that if the human forms of the furniture in the castle are on the poster, they'll probably appear more than once — as was the case with the 1991 film.

It's been evident from very early on in the production that if you're going to cast the same woman who helped make Hermione Granger a feminist icon, you're going to get a strong, empowered version of Belle in your film. In a preview in Entertainment Weekly, we learned that Belle will be "more proactive and a bit more in charge of her own destiny."

Emma Watson also told Entertainment Weekly in November 2016 that Belle will be an inventor, which could arguably be the best way to exhibit that proactivity and her penchant for reading.

In the animated movie, it’s her father who is the inventor, and we actually co-opted that for Belle. I was like, ‘Well, there was never very much information or detail at the beginning of the story as to why Belle didn’t fit in, other than she liked books. Also what is she doing with her time?’ So, we created a backstory for her, which was that she had invented a kind of washing machine, so that, instead of doing laundry, she could sit and use that time to read instead. So, yeah, we made Belle an inventor.

There will definitely be the return of classic songs like "Be Our Guest" and "Gaston," but 2017's Beauty and the Beast will also feature some new and never-released music for its audience. Excitingly, Alan Menken, who wrote the music for the 1991, is returning to the world with three never-released Beauty and the Beast songs: "For Evermore," "Days in the Sun," and "Our Song Lives On."

It was also announced in January 2017 that Celine Dion will sing a new song, "How Does A Moment Last Forever" and the film's Instagram account reposted a photo of Ariana Grande apparently in a recording booth. Is she going to tell us about a tale as old as time?

The Screenplay Was Written By A Friend Of Emma Watson

How cool is this: one of the writer's on 2017's Beauty and the Beast is Stephen Chbosky, who worked with Emma Watson as director and screenwriter on 2012's The Perks of Being A Wallflower. No doubt Chbosky, a novelist by trade, was familiar enough with Watson that he slipped into Belle's character some of Watson's trademark warmth and resilience.

Cadenza Is A New Character In This Version Of The Film

The cast of Beauty and the Beast will be getting a fun new addition to the cast of animated furniture: Cadenza. Variety reported back in 2015 that Cadenza would be played by Stanley Tucci. The report characterized Cadenza, a grand piano, as "a new character to the realm who is described as a neurotic maestro."

The excitement is real; Beauty and the Beast needs to premiere ASAP.