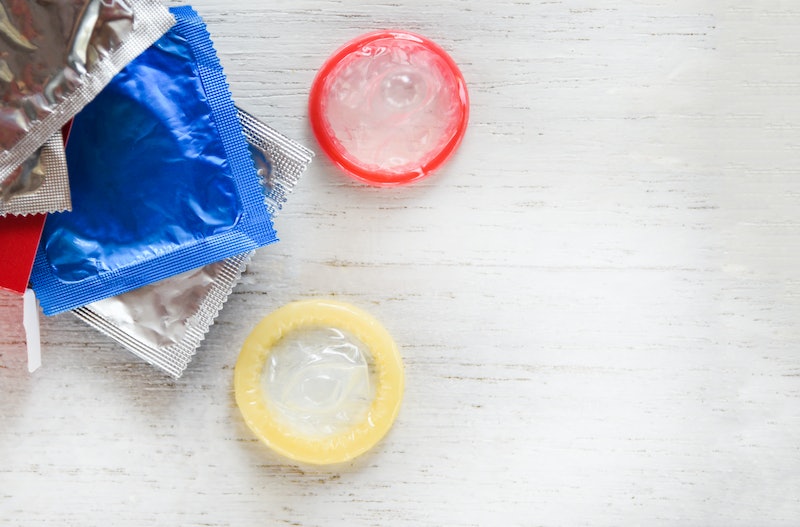 The conversation around "stealthing" — the nonconsensual removal or deliberate damaging of a condom during sex — as a form of sexual assault is not new, and neither is the lack of movement on this issue at the federal level. But with Democrats now controlling the House, Reps. Ro Khanna and Carolyn Maloney are determined to move the issue back into the spotlight, beginning with a letter sent Friday requesting information on how the Justice Department addresses stealthing.

Maloney tells Bustle it's "extremely important" that the Justice Department recognize stealthing as sexual assault, especially given what she calls the administration's "anti-women agenda."

"Now that we have a new attorney general, we wanted to make sure that Mr. Barr’s attention was called to this issue," she adds, pointing to Education Secretary Betsy DeVos' Title IX rule changes, which critics say would offer more protections to the accused over the accuser. "We need to be extremely vigilant to ensure that the DOJ is establishing appropriate standards when it comes to sexual assault reporting and response."

The practice of nonconsensual condom removal gained national attention in 2017, after Yale Law School graduate Alexandra Brodsky's study, titled, "'Rape-Adjacent': Imagining Legal Responses to Nonconsensual Condom Removal," sparked outrage. Stealthing is "widespread," Brodsky stated in her paper, and spurred by online discussions where perpetrators teach others "how to trick their sexual partners into condom-less sex." Victims are often left with little to no legal recourse, given the lack of recognition of this practice in the courts.

In October that year, Khanna and Maloney wrote to their colleagues demanding a congressional hearing on stealthing to better address the issue and understand its consequences. "I am horrified that we even need to be having this conversation, that a sexual partner would violate their partner’s trust and consent like this," Maloney said in a release at the time.

Now, the lawmakers are calling on the Justice Department to include data on stealthing in its reports on sexual assault statistics, citing the department's role in reducing violence against women and handing down justice for victims of domestic and sexual violence. The point of the letter, Khanna tells Bustle, is to ensure that the department "explicitly [clarifies] the actions it has taken against the crime of stealthing."

There hasn't been much movement on Capitol Hill on the issue of stealthing since the lawmakers requested a hearing in 2017, but Khanna says he is confident that there will be progress — especially now that Democrats control the House of Representatives.

"Stealthing is sexual assault," he says. The purpose of opening up this conversation to spur action, Khanna adds, is "not out of vengeance, it's not out of a desire to shame individual perpetrators. It's a desire to change the culture."