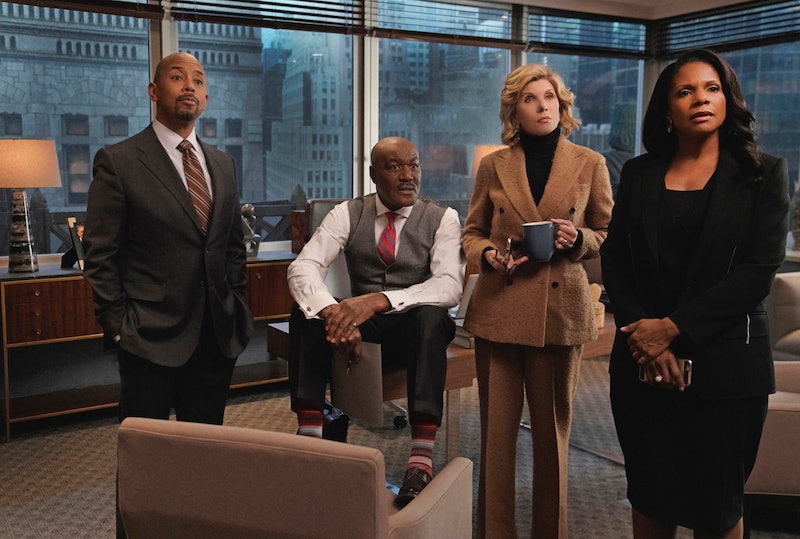 CBS All Access' acclaimed drama The Good Fight may have just ended its third season, but the world of the show has been in existence since 2009, when its parent series The Good Wife debuted on CBS. While the spinoff's case-of-the-week structure is treated with a little more flexibility than in the original show, both series have featured someone whose job is it to go over the scripts to ensure that the legal proceedings are depicted with the utmost accuracy: legal consultant Irv Miller.

Miller has served as a consultant for the franchise since the very beginning, and his job involves everything from correcting justifications for objections to working with set designers to depict different types of courtrooms. Yet the most impactful part of his work is undoubtedly bringing cases with strange, but true, legal precedents to the show's writer's room, so that they can be turned into plotlines for episodes.

Miller walked us through the inspiration for five memorable legal cases from The Good Fight and The Good Wife, explaining how the shows ensure that the situations feel real no matter how odd things might get in the courtroom.

In this Season 2 episode of The Good Fight, the firm — Reddick, Lockhart, and Boseman — is summoned by the DNC to try and form a case for impeachment against Donald Trump.

"Political organizations are no different than corporations looking for legal advice to make sure they stay within the guidelines," says Miller. "[The show's team] would run [arguments] past me and I would say, 'Yeah, that is a legitimate concern,' or, 'I don't think it is.' There is no established precedent. There is no law or there is no case law directly on point, and that makes it a lot easier for the writers to do their thing."

Also in Season 2 of The Good Fight, Diane Lockhart ends up in possession of a video that is rumored to be the infamous "pee tape" featuring Trump. It's brought to the attention of the firm's prospective client — the DNC.

"One of the issues involved was the eavesdropping tape. How do we get it? What can we do? Is it against the law to listen to it because it's eavesdropping? Illinois has one eavesdropping law, the Federal Government has a totally different eavesdropping law. Are we in violation of one or the other or both or neither?" explains Miller. "So absolutely, a political organization is going to want to turn to a lawyer to get their best take on it."

Later in Season 2, Jay Dipersia finds himself in ICE's crosshairs after being pulled over on a traffic stop, as he did not know he was an illegal immigrant — as he learns, his birth certificate was faked by his parents.

Jay's near-deportation wasn't the first time that Miller was tasked with helping the franchise depict that kind of setting accurately. "In The Good Wife when Cary got arrested, they went to bond court," he explains. "I had to have a conversation with the set designer as to what the bond courtroom in Cook County looks like. It's a dirty, dingy courtroom with old filing cabinets laying around with boxes on top of them, and everybody's crunched into the courtroom. And that's exactly how they portrayed it."

In a Season 4 episode of The Good Wife, Alicia Florrick and Will Gardner discover they may have a reason to have a biased judge on one of their cases replaced.

"Way back when, [Robert and Michelle King, the franchise's co-showrunners] asked me, 'Tell me about the judges in Cook County,' and I gave them a whole list of what I thought," Miller says. "Some of them are really good, others totally political — they're just looking to cover their political butts. Some of them don't know what they're told, some of them flip coins in their heads, some of them are unethical, some of them take money."

For this episode, Miller continues, he suggested the show do a "substitution of Judge motion" in front of another judge. "There are some things about the way that the law is practiced in Chicago that I think are not practiced anywhere else," he explains. "And I tried to get the flavor of how things are done in Chicago on a practical level."

In Season 3 of The Good Wife, Lockhart Gardner is tasked with defending a Taiwanese student accused of a heinous crime, but the firm finds that the student's country of origin makes defending him a complicated matter.

"When I was a defense attorney, I represented a Taiwanese diplomat who committed a murder, and the questions [becomes], 'does a Taiwanese diplomat have diplomatic immunity?'" because of the U.S. policy in which Taiwan is considered part of China, says Miller. "It was a grey area. I think [the Kings] did a great job on the script, pulling together both sides of the argument, which is what they love to do."

The writers behind The Good Wife and The Good Fight have been maneuvering through grey areas for almost a decade now, and it's clear that every episode of the series they've made so far has involved Miller's deep knowledge of Chicago law.