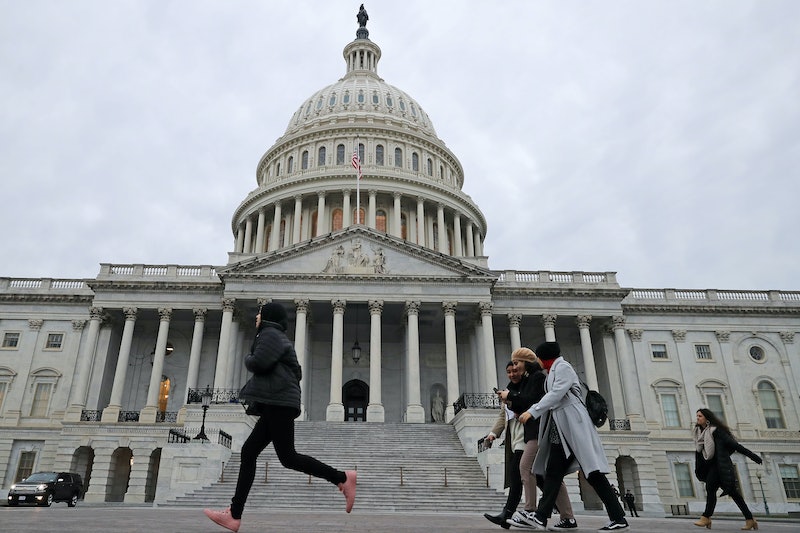 Government shutdowns — partial or otherwise — have become a more regular occurrence in the last several years, but a shutdown's actual impact is rarely understood until it is well underway. What is demonstrably true right now is that this partial government shutdown is negatively affecting women across the country, and the longer it stays in place, the more dire the consequences will be.

“A lot of shelters operate on the edge,” Kim Gandy, president of the National Network to End Domestic Violence, told The Huffington Post. “If there is nobody home in the government to send out reimbursement checks, some programs won’t be able to pay next month’s rent.”

The Violence Against Women Act (VAWA), which provides resources and protections for victims of domestic violence and sexual assault, expired when the shutdown went into effect. Although VAWA has been repeatedly renewed in recent months, those renewals were forced to expire because the Justice Department, which has been affected by the shutdown, funds its programs, The Washington Post reported.

And unfortunately, VAWA isn't the only source of funding to face a freeze. Access to the Victims of Crimes Act (VOCA) fund, which is also administered by the Justice Department, has also reportedly been stalled. VOCA funds are distributed to programs and organizations that help support victims of crimes, like anti-domestic violence organizations and children's advocacy groups. Many of these groups rely on VOCA funding to back their programs.

Some parts of the population might be more severely impacted than others. Some experts have argued that a short circuit on these types of funding opportunities stands to have a particularly adverse effect on indigenous women in the United States, for example. Studies have shown that Native American women are significantly more likely to be victims of violence and sexual assault.

"Indigenous women have the deck stacked against them when it comes to the abuses perpetrated against them and the government shutdown only adds to the growing list of issues that they must overcome in trying to simply live a safe and healthy life with their children. This is something that we should not have to fight for," Olivia Gray, Director of the Osage Nation Family Violence Prevention Department, wrote in an op-ed for Indian Country Today.

She noted that a series of programs often utilized by victims of violence stand to be potentially stymied by the shutdown, such as food stamps, WIC, and Temporary Assistance for Needy Families (TANF), among others. Indeed, if the government does not re-open by February, it is not expected to have enough funding to, in particular, cover the Supplemental Nutrition Assistance Program (SNAP), generally referred to as food stamps.

On top of that, according to Vox, the Food Distribution Program on Indian Reservations and the Special Supplemental Nutrition Program for Women, Infants, and Children, two programs that cater to specific communities, are also out of federal money.

Now in the shutdown's third week, all attempts by Democrats and President Trump to negotiate reopening the government have fallen apart. Both Trump and Democratic leadership are set to make the case to the public for their respective sides on Tuesday night, suggesting that no agreement is in sight.

“I always like to think of our programs as essential services,” Tonia Thomas, team coordinator for the West Virginia Coalition Against Domestic Violence, told The Huffington Post. “I wish more people would think that too.”

More like this
The Lionesses Are Calling For Equal Access To Football In Schools
By Sophie McEvoy
'The Capture' Is Finally Back – & S2 Looks Tense AF
By Sophie McEvoy and El Hunt
We Need To Talk About Monkeypox
By Sam Ramsden
Gassed Up Promises All Things Action, Risk, & Redemption
By Frances Stewart
Get Even More From Bustle — Sign Up For The Newsletter