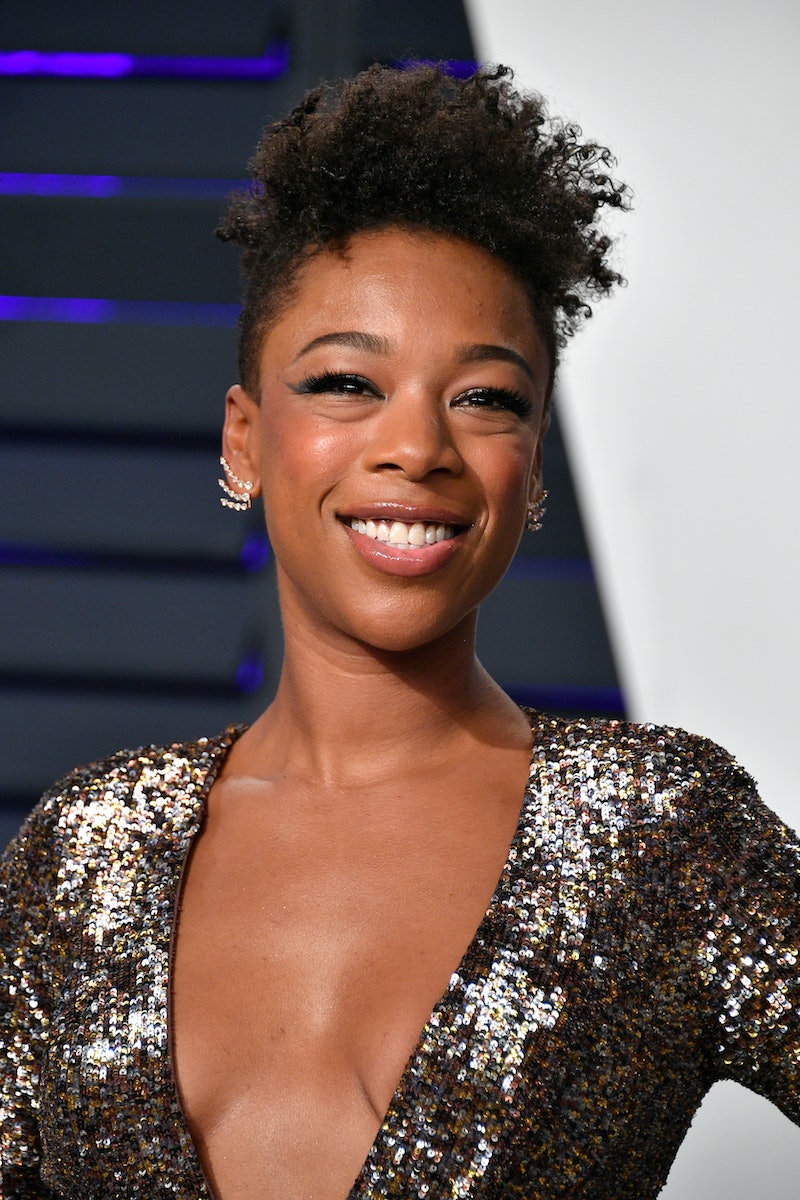 The award-winning dystopian drama Handmaid's Tale is horrifying in so many ways. Viewers, even the show's own cast, have often talked about the chilling reality of how The Handmaid's Tale mirrors real life. And that includes how the show depicts the negative competition between women that can sometimes exist, as shown on-screen in the conflicts between June and her many female oppressors. Speaking to Bustle, actor Samira Wiley explains how Handmaid's Tale helped her understand sisterhood and competition in a brand-new way.

On the red carpet for VH1 Trailblazer Honors, a show celebrating women for their activism airing on March 8, Wiley explains that starring on the Hulu series has changed her views on negative relationships between women. "I think about it a lot after Handmaids," she says, noting that on the show, the male characters have "taught these women or instilled them with this false sense of superiority over the other women. Unknowingly, they’ve got this thing set up so that these women can’t come together and fight and see the collective oppression. So I think understanding our community is the first step."

Although the most obvious division in Handmaid's is between the oppressive men of Gilead's totalitarian society and the women who live there, within this divide are also separations between the women themselves. There are rigid status groups: handmaids (fertile women forced to bear children); wives (infertile women married to powerful Gilead men); aunts (enforcers of Gilead's law);, and Marthas (housekeepers). Watching those groups of women affect, control, and harm one another for the past two seasons has impacted Wiley greatly.

"I honestly think the one thing we forget a lot is how strong or how powerful it can be to have a community of women around you. I think a lot of times, there’s unspoken competition [between women]," she says on the red carpet. "Understand that the woman next to you is not your enemy, but she is your sister and she can only help move you forward."

Because the tensions between women on Handmaid's are so high, even the tiniest moments of solidarity (like the Season 2 moment in which the cruel Aunt Lydia opened up about her past to handmaid June), allow viewers the brief opportunity to exhale. And while this lesson has been an enlightening and powerful one for Wiley, she admits that it can be difficult to walk the walk in real life, whether by confronting another woman about negative behavior or standing up for oneself.

"It’s still a journey for me, you know? To be able to figure this out. But the moments that I can — I think it starts with awareness," Wiley says. "Being able to point it out and say what it is. But because it’s still new for all of us, that’s the first step: being able to point out exactly when it’s happening, name it, and do something about it."

Rather than sweeping these issues under the rug when witnessing or experiencing them, take Wiley's advice and be a trailblazer for change.