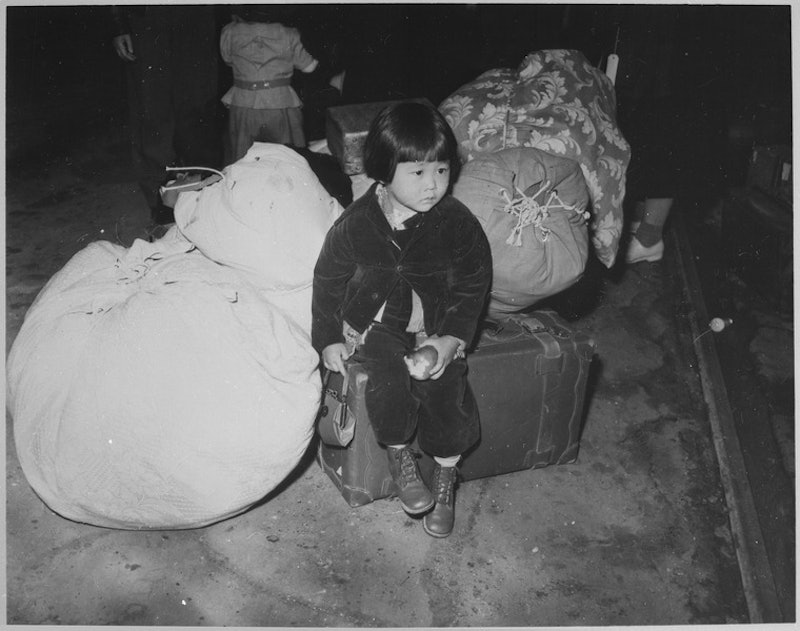 February 19 is the Day of Remembrance, when people across the United States remember the internment of Japanese-Americans during World War II, a decision that was born out of fear and paranoia and led to cruelty and ruined lives. In this political climate, it's more important than ever to look at the history that created the provisions of the Japanese interment camps, which existed across the U.S. from 1942 to 1945, and had continued repercussions for the detainees that persist to this day. As we watch the arguments between the nation's courts and President Donald Trump about the refugee ban, and note Trump's own rhetoric paralleling a proposed "immigrant registry" with the Japanese camps, it's a damn good idea to have a history lesson about how America could come to deprive a significant portion of its population of their civil rights because of national background. And to have it fast.

The atmosphere surrounding the Japanese camps' creation was predicated on the attacks on Pearl Harbor in 1941, but don't let's pretend that things aren't also pretty nasty right now. (As I write, there's massive confusion about whether or not the Department of Homeland Security ever seriously considered sending the National Guard to arrest illegal immigrants).

Lest you think it couldn't happen again, here's what led up to the disgrace of Japanese internment and what we can learn from it.