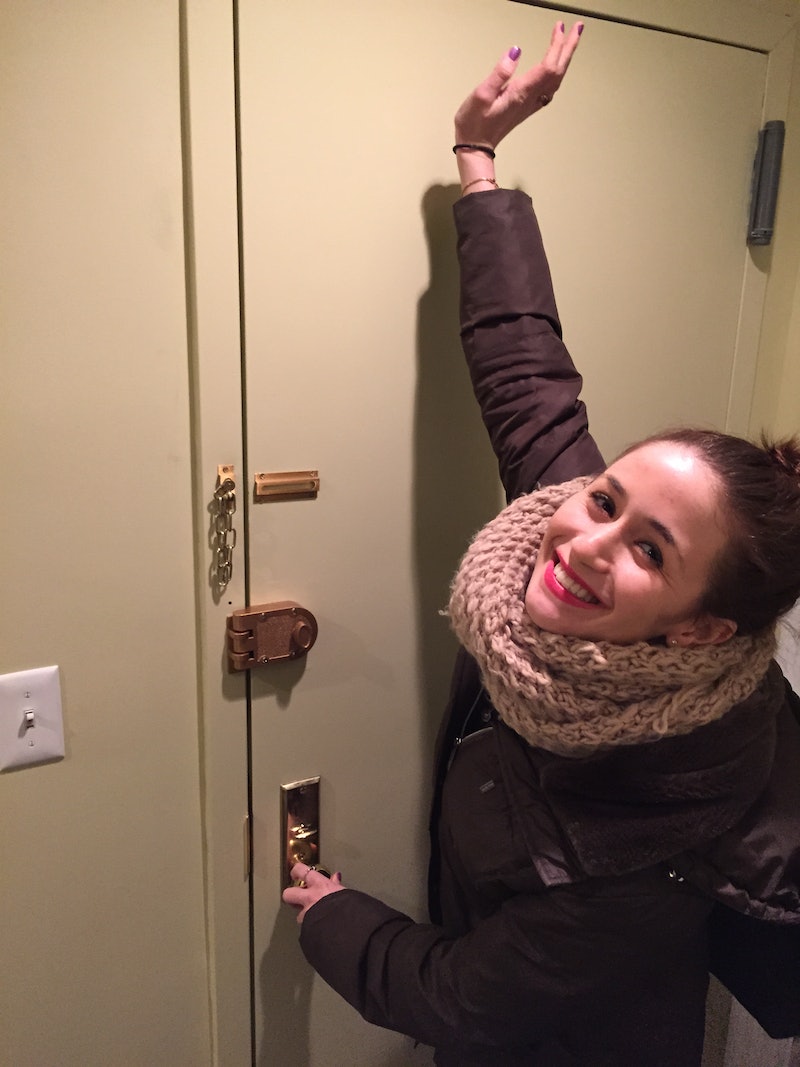 It was 6 a.m. on a Monday morning in late January, and I’d become a commuter. The word itself was bad enough, but the reality was worse — my first-day anxiety had inspired me to arrive at the bus station more than 20 minutes prior to my bus’s scheduled departure time, and now I was surrounded by other equally-cold commuters whose attitude about the whole scene had been soured by years and years of time stuck in traffic at the hands of a cranky driver. The positive attitude I’d initially had about the transportation portion of my first day of work quickly dissipated in the freezing temperatures, and I stuck my earbuds in as far as they would go as I boarded the bus and tried to settle in for a nap. We began pulling out of the parking lot, and instead of whatever circa-2011 top hits pop song I was trying to play, I heard this:

Who can turn the world on with her smile?

Who can take a nothing day, and suddenly make it all seem worthwhile?

It wasn’t the first time I’d been mentally flooded with the lyrics to the theme song of The Mary Tyler Moore Show. Honestly, this had been a fairly regular (almost embarrassingly so) occurrence for me, especially since I’d so recently navigated the process of finding a job in New York City. During each of my trips to Manhattan for interviews, I’d heard the same melody in my head as I pushed my way through revolving glass doors into various office buildings, and again when I’d received the call to accept my new job in publishing (which, at the time, was most definitely The Dream Job). Similarly, Mary’s theme had been my mental soundtrack several years earlier when I’d left home to move to Washington, DC for college. If I was surprised that the song would find me again on Day One of my 9-to-5, I shouldn’t have been.

The Mary Tyler Moore Show was a favorite for sick days and late nights, a special treat that somehow felt like mine, simply because its theme song had become the musical backdrop for all of the things I still had yet to accomplish — but that I knew I would.

I managed to fall asleep for most of my first morning commute, waking up only thanks to a serious pothole just outside of the Lincoln Tunnel. I could see the tops of skyscrapers against the now-sunlit sky.

How will you make it on your own?

This world is awfully big, this time you’re all alone.

But it’s time you started living,

It’s time you let someone else do some giving.

That first day of work in New York City had been two decades in the making. I can’t remember a time when I didn’t dream of “going to the big city,” and as a little girl, I wanted to “work in the news business” when I got there. Like any woman raised on a steady diet of ‘70s sitcoms, my mom responded to my ambitions by singing a few bars of the theme song from The Mary Tyler Moore Show.

It became a ritual. Each time I’d mention my future career as a reporter or my future fabulous life of single coolness in a major city, she would sing it to me, until I knew all of the lyrics by heart. Eventually, my mom also introduced me to the sitcom itself when she discovered it was running in syndication (it was cause for much celebration in our house). The Mary Tyler Moore Show was a favorite for sick days and late nights, a special treat that somehow felt like mine, simply because its theme song had become the musical backdrop for all of the things I still had yet to accomplish — but that I knew I would.

I still indulge in an occasional binge watching session of The Mary Tyler Moore Show, and I’ve come to realize that it’s not as perfect as I once believed. Mary is forced to tolerate a lot of inappropriate behavior at the hands of her male colleagues, and while she handles it like a boss, it’s a little demeaning to watch the antics happen in the first place. The layout of Mary’s apartment is a little awkward, and if we’re being honest, Rhoda is often more annoying than she is endearing. While I’ve grown up identifying with Mary’s storyline, the fact is that Mary Richards’ experience living in Minneapolis of the ‘70s is wildly different than my own experience living in Brooklyn in 2017 — and I’m actually pretty happy keeping it that way.

Still, that opening title sequence — the way Mary grips the steering wheel, the sight of Minneapolis coming into view, that hat throw (I mean, seriously, that hat throw) — is still enough to give me butterflies. But it’s the song that really gets me. I’m now a semi-successful adult woman who recently abandoned that so-called Dream Job to pursue writing full-time (and I’ve lived in New York City long enough that I sometimes forget I do), but the opening notes of that melody are still a reminder of the high hopes and dreams I had as a child. Even more importantly, they are symbolic of the confidence my mother instilled in me — the confidence that I, just like Mary, could make it on my own in a new and unfamiliar place, and maybe even turn the world on with my smile.

When she heard the news of Mary Tyler Moore’s passing, my mom immediately called me, and when I picked up the phone, she was singing:

You’re gonna make it after all.