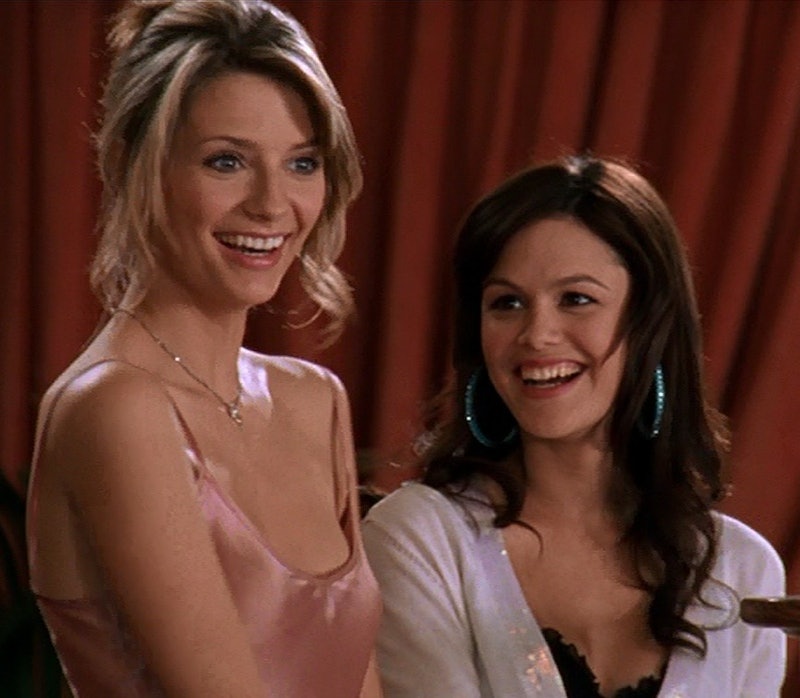 It feels like just yesterday that The O.C. ended, yet this August marks the 15th anniversary since the show began. And in the years following its conclusion, The O.C. has impacted pop culture immensely. From making indie music mainstream to creating a brand-new holiday with Chrismukkah, there’s plenty to credit The O.C. for. But one of the most vital things that the show accomplished was creating some of the most relatable, empowering teen heroines ever on TV. And by doing so, The O.C. paved the way for future TV shows like Gossip Girl, Riverdale, and Skins to feature complex, realistic portrayals of young female characters.

When The O.C. premiered in 2003, there was a major need for new teen heroines in TV. Buffy The Vampire Slayer, often dubbed a game-changer for having a complex female teen protagonist, had just culminated with its seventh season. And so even though The O.C. didn’t have the supernatural components of Buffy, it filled the void with its similarly three-dimensional young women. And as would become clear in the following years, the ladies of The O.C. had a massive impact on later generations of teen TV shows.

First, there was Theresa, Ryan's ex-girlfriend from Chino. During the course of the show, Theresa found out that she was pregnant, and her storyline started an important conversation about young women having the right to choose. Rather than being shamed for being pregnant, Theresa was allowed to talk honestly about her options with another character, Kirsten. This was hugely important, as a 2010 study by Ohio State University showed that this story arc was more effective in having teenage girls think about teen pregnancy prevention than many news programs. And after The O.C., shows like The Secret Life Of An American Teenager, Parenthood, and Skins continued to talk honestly about teen pregnancy, showing the various options available for young women.

Yet while Theresa's treatment deserves to be celebrated, she was hardly the only empowering woman on the show. In Season 4, Taylor Townsend taught young female viewers is that it’s perfectly fine to be sex positive. When Taylor’s French ex-husband penned an erotic novel, A Season for Peaches, based on her sexual prowess, she initially felt ashamed and feared that Ryan would judge her for her experiences. The O.C. could’ve easily turned that into a slut-shaming arc, meant to warn young women about what happens when they are sexually active. But instead, the storyline was handled in a way that felt empowering. When people on the show read the novel, they noted their admiration towards the mystery woman from the book who was portrayed as talented in the bedroom and living her best life.

In a 2010 interview with Staying In, Autumn Reeser noted the important influence that Taylor had on female viewers. "I feel like there’s a lot of girls out there who could really relate to her, who hadn’t seen themselves on TV in that way. I loved that about her. I loved that she made no apologies for who she was even though she wasn’t what all the magazines said was OK," said Reeser.

At the time The O.C. aired, sex positivity was still largely considered taboo. But in the years after Taylor's story arc opened up the conversation about that subject other shows followed suit, including Glee, Degrassi, Skins, and Chewing Gum — not to mention Bob's Burgers, featuring Tina Belcher's fanfic erotica and butt obsession.

In addition to Taylor and Theresa, there was Marissa. Throughout the show's second and third seasons, Marissa tapped into sexual desires that she hadn’t fully explored before. She began a physical relationship with yard boy D.J, and when that didn't work out, she began to date Alex, marking her first relationship with a woman. The women's romance was deemed controversial, but it tackled bisexuality in a way that felt real. Instead of catering to the male gaze, The O.C. focused more on their deep, emotional connection.

In a 2013 interview with TV Guide, Schwartz discussed these intentions. "We wanted it to be very grounded emotionally and to understand why Marissa would make that choice ... and not make too big a deal out of the fact that it was another girl," said Schwartz. In the years after The O.C. featured this storyline, more teen shows began to include bisexual characters, such as Glee, Degrassi, and the 90210 reboot.

And then there was Summer. Initially introduced as a vapid character who constantly rejected an oblivious Seth, Summer eventually evolved into a headstrong, opinionated, intelligent woman. She had no qualms calling out Seth whenever he acted selfishly, and helped him realize that after years of idealizing her from afar, he needed to learn how to appreciate her for who she truly was. She also ended up finding empowerment through environmental activism, not letting Ché take that away from her once she got expelled from Brown.

As Summer grappled with the choice between being a housewife and continuing to pursue a career in environmental issues, she briefly reconnected with ex-classmate Holly, part of a group of housewives who call themselves Newpsieweds. When Summer saw what she could’ve turned out like, she realized that although her new persona was different from who she was in high school, she deeply cared about her passions. This led to her accepting a job offer with G.E.O.R.G.E. (Group of Geo-energy Resources), choosing it over staying at Newport with Seth.

Summer's story arc seemingly paved the way for similar future characters like Gossip Girl's Blair Waldorf and Riverdale’s Cheryl Blossom. Like Summer, Blair and Cheryl evolved from vapid, wealthy mean girls to independent, outspoken heroines who weren't afraid to show their vulnerabilities. It's no coincidence that The O.C. creator Josh Schwartz was the one who adapted the Gossip Girl books into the hit TV show; from watching both shows, it seems likely that he took cues from The O.C. in his creation of his later show's female characters.

And finally, there was Anna. The teen played an important role in dismantling Seth's sexism and bringing attention to the harms of the male fantasy. During the O.C.'s first season, Anna was introduced as the perfect match for Seth: she shared his love for comics and his sarcastic nature. Even though he initially ignored her because he was too caught up on his crush on Summer, Anna became his own Manic Pixie Dream Girl, with Seth idealizing how much they had in common. With tough love, she taught him that by creating a fantasy version of her rather than paying attention to her feelings, he was doing her a huge injustice.

In a way, Anna feels like a predecessor for many characters who are initially presented as Manic Pixie Dream Girls but show the male characters how harmful this idealization is. This was seen most recently with Hannah of 13 Reasons Why, who warned Clay of what happens when men idealize their crushes without considering women's own feelings.

While there were of course several complex teen girls pre-O.C., like Lindsay Weir of Freaks & Geeks, Angela of Boy Meets World, and the aforementioned Buffy, the show paved the way for more realistic portrayals of young women on-screen. Instead of being accessories to men, the ladies of The O.C. were opinionated, smart, and independent. Their arcs weren't used to shame young women, but rather to show them that they weren't alone in their struggles.

Of course, The O.C. wasn't devoid of flaws, considering how most of these empowering storylines were correlated with the female characters' relationships with the male protagonists. But that doesn't negate the fact that the show played a huge role in shaping how these vital stories about women were told at the time, and seemingly how they continue to today. From Riverdale's fearless heroines to 13 Reasons Why's tackling of subjects like sexual assault, it's evident that The O.C. has made a long-lasting mark on TV's new generation of female characters.