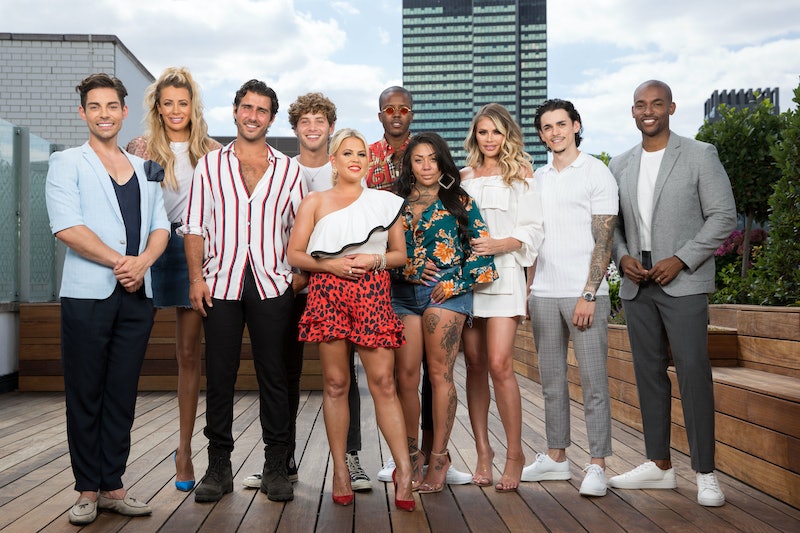 Ever dreamt of living happily ever after? Perhaps you've imagined a prince or princess whisking you off of your feet, dragging you away from that desk? Well, I've got good news. Although E4 can't give you an actual royal (as far as I'm aware), they can give you some celebs if that'll do the trick? Yes, I am talking about reality TV hit, Celebs Go Dating. There's a new series starting and if you're wondering how to apply for Celebs Go Dating, it's actually far easier than you might expect, meaning your chances of becoming a plus one at the next red carpet event, film premiere, or opening of an envelope, could genuinely be just around the corner.

To be in with a chance of taking part, all you have to do is drop an email to dating@limepictures.com. The company that produces the show, Lime Pictures, is asking those interested in applying to send them your age, name, and contact information, and then they will get back to you asap. Producers have also made it clear that anybody and everybody is welcome to apply, with the series being LGBTQI+ inclusive.

Now, I bet now you're wondering which celebs are taking part this series. Well, guess what? I've got even more good news. E4 has confirmed the line-up for Celebs Go Dating Season 5 and it looks epic. Sugababes singer Mutya Buena, The Only Way Is Essex star Chloe Sims, and former Love Islander Olivia Attwood have all signed up. Commenting on her decision to take part, Olivia said in an E4 press release: "To say I’m excited and scared to the join the Celebs Go Dating agency is an understatement. I’m known as a wild child, party girl so I’m sure I’ll keep (the celebrity dating agency) on their toes."

But how about the boys? Well, four single celebrity lads are taking part this series; Love Island's Eyal Booker, Made in Chelsea’s Alik Alfus, TOWIE's Vas J Morgan, and Diversity dancer Sam Craske. "I’m so excited to be joining the dating agency," Craske said in the E4 press release. "I have faith that (the celebrity dating agency) will be able to work their magic and find me the one. But it’s not going to be an easy job for them."

This series, Nadia Essex will be heading up the celebrity dating agency once again with her new colleague, award-winning agent Paul Carrick Brunson. The two will work together to help find suitors for the seven celebs, and coach the famous faces through their dating experiences.

Meanwhile, junior client Coordinator Tom Read-Wilson will be returning to work in reception, where he will provide a shoulder to cry on and a sympathetic ear as the celebs pour their hearts out.

Celebs Go Dating Series 4 managed to average an audience of around 823,000 viewers, making it one of the most watched shows of the year across All4. However, producers are hoping that this season will be even better. So if you fancy being part of the fun, make sure you send off that application.

But when does Celebs Go Dating Series 5 actually start? Well, E4 hasn't confirmed an exact date just yet, however, the show usually airs around August/September sort of time, so even though we haven't quite got a transmission date, there shouldn't be too long to wait. Who knows, maybe if you enter the running for a place on Celebs Go Dating, I might be writing about your celeb romance in the near future. Yeah, you heard me, true love could be waiting for you, on the telly. Does anybody else hear wedding bells?