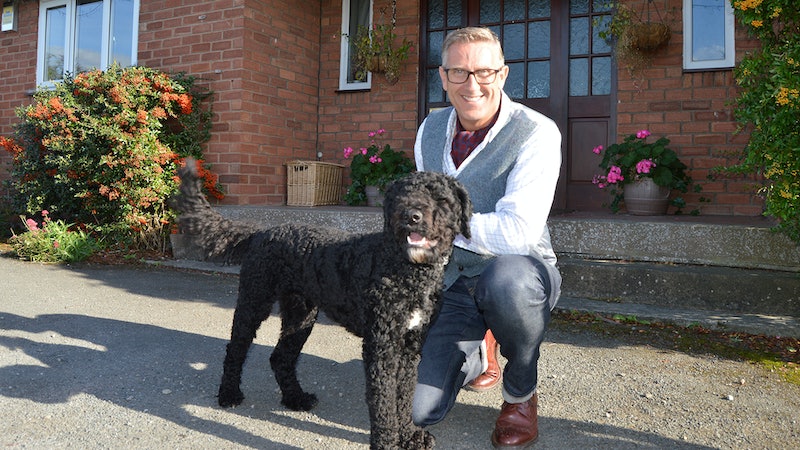 Sometimes, getting a puppy seems like the best idea in the world. I mean, have you seen puppies?! They're the kind of adorable that makes me want to grit my teeth, and internally scream. But finding stray poops and hairs around the house, not to mention all the biting and barking, may not have been what you bargained for when you first set your eyes on that adorable destructor. Luckily, there's a man who can restore your pup back to their truly adorable potential. To meet him, though, you'll have to apply for Dogs Behaving (Very) Badly, which is soon to return to Channel 5. Here's how you can get in with the chance to appear on the show alongside your not-so-perfect pupper.

As the first season of your new favourite pet-based show came to close back in February, the makers of Dogs Behaving (Very) Badly are currently on the lookout for owners and their terrible terriers (well, any dog breed, really. I just can't resist an opportunity for alliteration.) for season two. Applications have been open since May 14, and all you need to do to be considered is to either call 020 7598 7365 or drop the production team an email at the following address: dogs@avalonuk.com.

The Dewsbury Reporter wrote that Channel 5 are particularly interested in having puppies on the show, and they're currently on the lookout for some heinous hounds (sorry, I did it again) in West Yorkshire, although anyone anywhere in the country can apply. It might not be such a bad thing to do, as appearing on the show could potentially save you quite a bit of money.

For one, it means that you won't have to pay for the expertise of master dog trainer Graeme Hall, who, according to Reality Tidbit, usually charges a cool £745 for his training and support. So, if your puppies are causing you hassle but you don't have 700 quid lying around, the surefire way to get to the very best of the best is by applying to this show.

You know you'll be in very good hands, as Hall has affectionately come to be known as The Dogfather. Just imagine Marlon Brando in his dark office, but replace the cat with a dog. According to his site, Hall has been referred to as "Britain's best dog trainer" by the Telegraph, which may well be down to his very personal and hands-on approach, as well as the sheer amount of experience he's had training dogs.

Hall's site states that he's worked with 5,019 dogs in his career, and your pooch could be next if you apply to Dogs Behaving (Very) Badly. You better move fast, though, as according to Hall's Twitter, Avalon (the production company behind the show) has had so many email applications that their systems have actually crashed. OMG, there must be a lot of badly behaved dogs out there.

If you feel like you've tried everything — love, discipline, a literal dog house — but haven't got anywhere, then do what I do and turn to television. It could very well change you and your pup's life for the better. High paws to that.