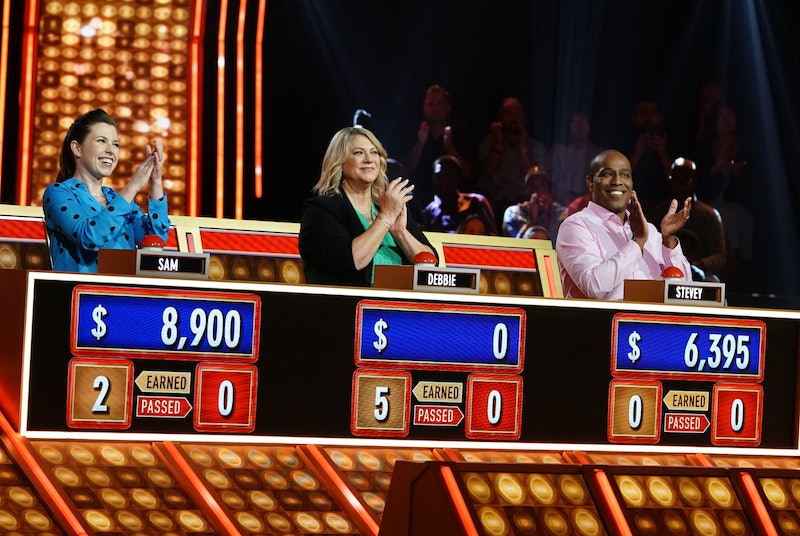 Let's be real — in the summer season, there's a distinct lack of decent programming from which to zone out in front of on your couch. Yeah, there's streaming and re-binge-watching your favorite older shows, but when it comes to brand-new network television, you have to wait until September to get your fix. That's why it's so wonderful that ABC is bringing because vintage 1980s game shows like Press Your Luck — they're giving older folks a dose of nostalgia, and they're introducing younger ones to a game show that everyone loved when it was on the first time around. Maybe even some of those people will apply to be on Press Your Luck now that it's remade for 2019.

If you're not familiar, the premise of Press Your Luck is three contestants compete against each other to earn cash and prizes. First, they compete with trivia to earn spins on the Big Board. After spins are earned the contestants shuffled over to said Big Board, on which a cursor spins around on 18 slots on the board and lands on things. If it lands on money or prizes, you're in luck — that's what you want. But if you hit a "Whammy" space, devil-looking little dudes are there to take your stuff. And then you start back at the bottom The person who has the most stuff wins and continues on to the next show. There are passes and multiple rounds, but this is the main gist of the game show.

Sound like something you want a shot at? Head over to Press Your Luck's casting site, where they're looking for "outgoing and knowledgeable contestants in Southern California" to compete for all that dough. You fill out the form, and you answer questions like "are you a risk taker" and "tell us about five things you've always dreamed of winning." The site also "highly encourages" you to upload a video of yourself, probably so the producers can see how interesting you'd be to a television audience — don't forget to smile and throw your voice into every corner of the room.

Elizabeth Banks is the host of the new version of Press Your Luck, and according to the St. Louis Post-Dispatch, there are a few key differences between today's broadcast and the originals. The first is that the Whammy animations, which typically featured the little creatures stealing your money in hilarious ways, have been updated and expanded so we can really enjoy watch them wipe you out. The second big change is that prizes pre-picked by the contestants can land on the board at any time, really upping the stakes for winning, and the third is the potential for bonus games in which contestants can compete for more cash and prizes — but don't forget about those Whammies. They'll get you every time.

So if you're in the Southern California area and feel lucky enough to press your luck, ahem, apply to Press Your Luck. But seriously, watch out for those Whammies.