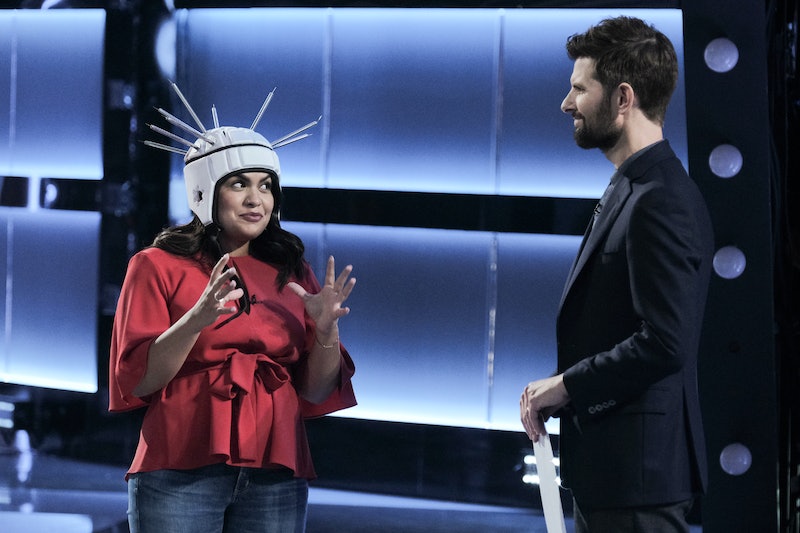 If you've ever wanted to be on a ridiculous game show with your family, you may want to apply for Don't Season 2. The new ABC series, produced by Ryan Reynolds and hosted by Adam Scott, features families as they compete in mental and physical challenges bound by the various "don't" rules like "don't blink," "don't lose your grip," and "don't embarrass yourself." Teams that adhere to the criteria and complete the tasks advance through the competition. Teams that fail have a player eliminated from their group. The competition continues until only one person is left standing, and the winner gets a cash prize of up to $100,000 to share amongst their team.

According to ABC7, casting for the first season took place exactly a year ago, in June 2019, which means that the Mystic Art Pictures casting site may open again soon if Don't is renewed for Season 2. Whether or not the show returns will likely depend on how successful the first season's ratings are, so keep an eye out in the coming months for news. It's also possible Season 2 casting will be delayed due to the coronavirus pandemic. Don't was filmed in Burbank, California, where shows and movies are officially able to resume production as of June 12. But the show's crew may decide it's still not safe to get back to work, pushing casting to the fall or winter.

Per ABC7 , Season 1 applicants had to form groups of four with anyone they would consider family. Each person in the group needs to fill out their own application, and all team members must be over 18, according to the Don't casting site. Groups of "brothers, sisters, parents, godparents, grandparents, uncles, aunts, neighbors, in-laws, co-workers, and cousins" are all welcome, and the episodes are filmed in one day, so it's a pretty small commitment.

If that sounds like fun to you and three of your over-18 family members, keep checking the casting website listed above to see if and when applications open for a potential second season. You don't want to miss out.

More like this
ITV’s New Take On 'Love Island' Is Only For MILFs & DILFs
By Sam Ramsden
Rachel Responded To 'Bachelor' Fan Theories About Her TikTok With Clayton
By Grace Wehniainen
Erika Jayne's Estranged Husband Tom Girardi Has Been Indicted On Fraud Charges
By Jake Viswanath
Everything To Know About A Potential 'RHODubai' Season 2
By Kadin Burnett and Brad Witter
Get Even More From Bustle — Sign Up For The Newsletter
From hair trends to relationship advice, our daily newsletter has everything you need to sound like a person who’s on TikTok, even if you aren’t.