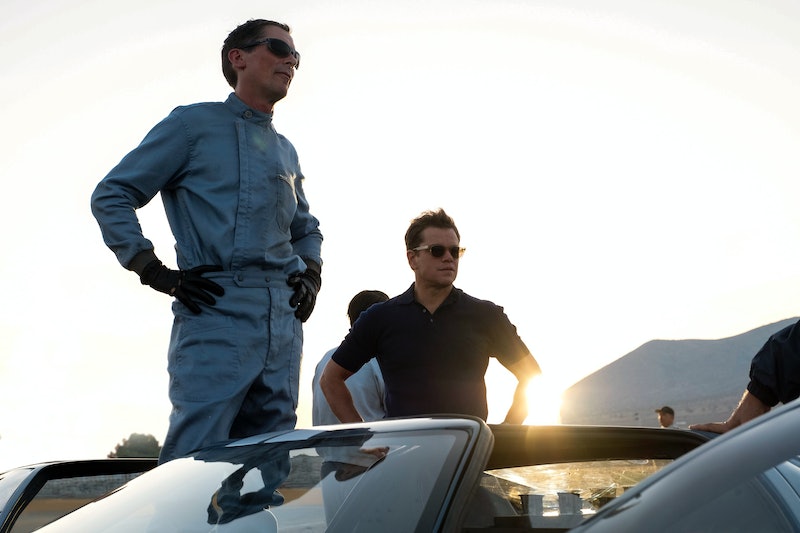 Out Nov. 15, Ford v Ferrari tells the true story of American car designer Carroll Shelby (Matt Damon) and British driver Ken Miles (Christian Bale), who strive to beat Italian reigning champ Enzo Ferrari at the 24 Hours of Le Mans in 1966. Held since 1923, Le Mans is the world's oldest active sports car endurance race, the most prestigious determination of a car's ability and durability. At the time when Ford v Ferrari is set, Italian design team Scuderia Ferrari have taken the award five years running. So Shelby, Miles, and Ford CEO Henry Ford II each have personal reasons for wanting to trump them. The film may ignite an interest in racing in audiences, but can anyone get tickets to the 24 Hours of Le Mans, or is it reserved for professionals only?

Lucky for all car nuts, the only prohibition to attending might be cost and demand, especially after National Geographic listed it as one of the 10 sporting events to see at least once in your life. Basic entry tickets to the event cost €82, though if you want a particular spot in the grandstand, you'll need to purchase a separate ticket costing anywhere from €60-€120, and if you want to park, stay on-ground or nearby, and enjoy the duration of the race, that'll all add to the cost. It's held every June, and tickets for the 2020 run are available right now.

As the name implies, Le Mans 24 is an endurance race lasting a full 24 hours, designed to push cars to their mechanical limits and keep them there to see how they run under constant stress. The same might be said for attendees, who rush from vantage point to vantage point throughout the run and are on alert the entire time for sudden stalls, crashes, or other dramatic turns of fortune.

The 8.467-mile track doesn't make it easy to flit about, though transportation is available to and from favored vantage points like the Arnage corner's dramatic 90-degree turn, or the Porsche curves' wide swath requiring precision handling. Even then, you'll have to go through established campgrounds to get to any public viewing points, and deal with the tens of thousands of other eager racing fans who descend on the normally quiet French town of Le Mans just for the event.

And though the race is a mere 24 hours on the 13th, prequalifying events start three days earlier, on June 10. On June 7 is la presage, "the show", an administrative check and scrutineering that becomes public spectacle in the heart of Le Mans. At the town center of Place de la République, all participating cars and their drivers line up for inspection as thousands of fans ogle, vie for autographs, and start off the racing excitement.

Though ticket costs are more prohibitive for Americans (what with having to cross an ocean and all), there are plenty of options to book travel on your own or through package deals that cover the racing week. And if all this seems prohibitively exhausting, you can always capture the fervor, history, and car-building precision on a smaller, 2D scale by watching Ford v Ferrari.