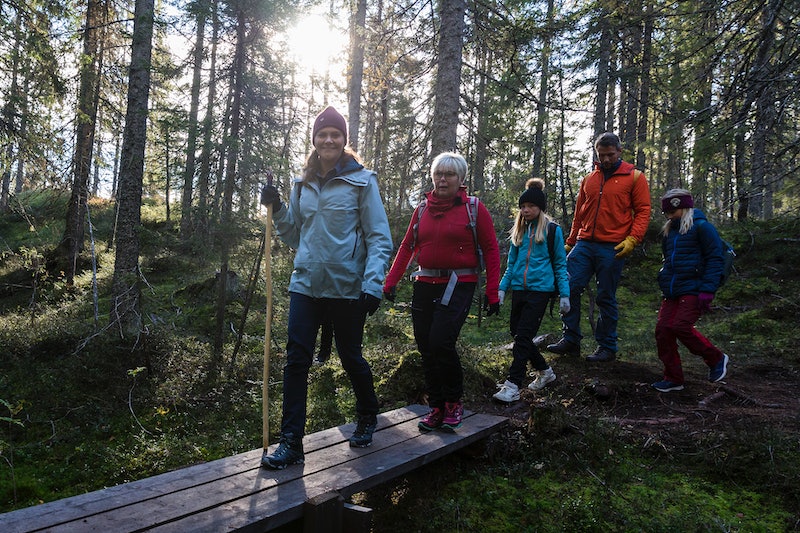 Getting outside, breathing fresh air into your lungs, getting your heart rate up, and being one with nature on a wilderness hike is one of life's simple pleasures. Unfortunately, the prospect of getting bitten by a tick turns that simple pleasure into a gamble with your health. Trying to avoid ticks while hiking is like trying to avoid cars while driving, the chances are you'll at least come close to a tick.

The trick is figuring out how to enjoy nature, without interacting with it too much. In order to hike and avoid ticks, you have to take a lot of precautions and also know that no matter how much you protect yourself, there's always a chance you'll still get bitten. So understanding as much as you can about ticks, where they like to hang out, how they find their way onto your body, and how to properly remove them and care for yourself if you do get bitten is the key.

According to the Center for Disease Control and Prevention (CDC), in 2017, there were 42,743 reported cases of Lyme Disease and nearly 18,000 addition kinds of tick-borne illnesses in the U.S. alone. The number is more than 10,000 more than 2016, which scientists believe is both due to an increase in ticks and an increase in awareness about tick-borne illnesses in general. Chances are, there will be even more reported cases over the next year, so take ticks seriously, and protect yourself from illness by following these simple, but important steps: