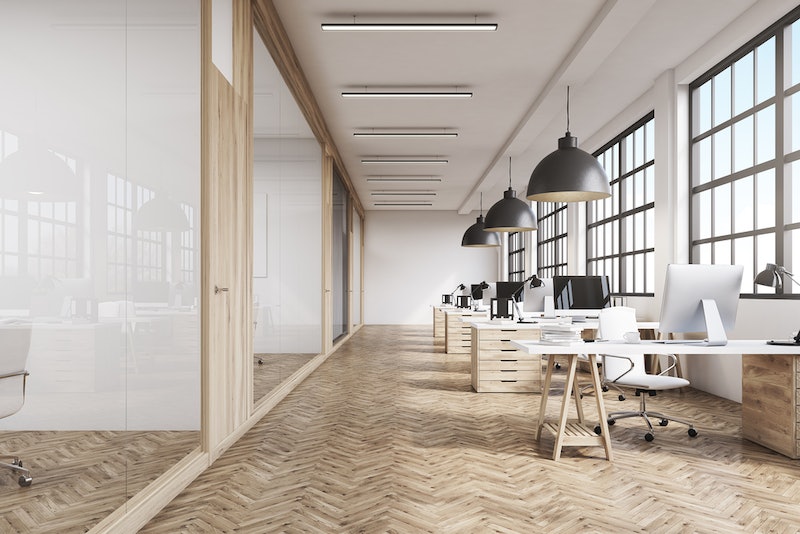 A lot of people think change always comes from the top an organization, but every day actions can make a huge difference in your workplace culture. This matters immensely for all your coworkers, but especially those who are marginalized, and who may not have as much freedom to speak up. Even if you aren't a leader within your company, there are small ways you can support your transgender coworkers, such as the language you use, the behaviors you refuse to tolerate, and the policies you demand your company put in place.

“There are many trans people who do not feel safe to be themselves at work,” Musto tells Bustle. “This is the most fundamental challenge of being trans at work: can I work here and be supported?” Musto says companies need to adopt non-discrimination policies that address gender identity so they set the tone for how employees are expected to treat each other. Companies should also have diversity and inclusion groups and policies to create a more supportive environment for transgender employees, says Musto.

Musto also urges companies to add trans-inclusive health care benefits, such as covering hormone-replacement therapy (HRT) and transition surgery, which are both medically necessary but are only covered by about 60 percent of corporate health care plans, according to the Human Rights Campaign (HRC). These treatment options are especially important for helping people who experience gender dysphoria, a medical condition in which a person experiences a conflict between their assigned gender and their correct gender.

Companies should also forget the gender binary, says Meera Jagannathan writing for MarketWatch. Remove male/female guidelines in their dress codes, make their dress codes gender neutral, says MarketWatch, and avoid having “male” and “female” versions of uniforms. “Examine your gendered assumptions about all of your employees in the workplace, not just those that are trans, and create a workplace where people of all genders can express their identities and gender expressions authentically,” Lily Zheng, a diversity and inclusion consultant, who is trans, told MarketWatch.

Notice how Zheng said “all genders”? It’s time to get gender-neutral, and that includes the language you use. In general, simply write everything in the second person, Kate Bischoff, an employment lawyer and human resources consultant, told MarketWatch, or replace "he or she" with "they." Further, you can normalize pronoun-sharing in your workplace by including your pronouns when you introduce yourself ("Hi, I'm Jane, and my pronouns are they/them") or include them in your email signature. If you mess up someone's pronouns while talking IRL, simply apologize and quickly move on to set an example for others.

And, of course, employers should provide restroom facilities for all employees. OSHA says employees should have access to bathroom facilities that correspond with their gender identities. Musto recommends having gender-neutral bathrooms because when someone is transitioning or if someone is nonbinary, they might not feel comfortable in a gendered bathroom.

Everyone values privacy when it comes to using the bathroom, regardless of their gender identity, so if you want to help advocate for a transgender coworker, the HRC recommends talking to your employer about enhanced privacy features. If single-use, gender-neutral bathrooms just aren't in the budget, says the HRC, talk to your employer about flaps to cover gaps in stall doors and walls or doors that extend from floor to ceiling. These features will give everyone additional privacy when they use restroom facilities.

According to the HRC, 40 percent of transgender people hear jokes about transgender people in the workplace, and 42 percent of transgender workers are afraid they’ll get fired if they tell anyone they’re transgender. If you hear coworkers saying something hurtful or inappropriate, speak up. Nathan Roy, who transitioned while at work, writes for ThinkGrowth, "Speaking up is often more powerful coming from someone who doesn’t have 'skin in the game' (i.e. another queer person). If we set the expectation that it’s unacceptable no matter who you’re talking to, folks are much more likely to change problematic behavior."

“Trans people face discrimination everywhere: in public spaces, in the workplace, in their communities,” Musto tells Bustle. “If a company makes it safe for trans people to come to work, it is one less place that we are marginalized and oppressed.”