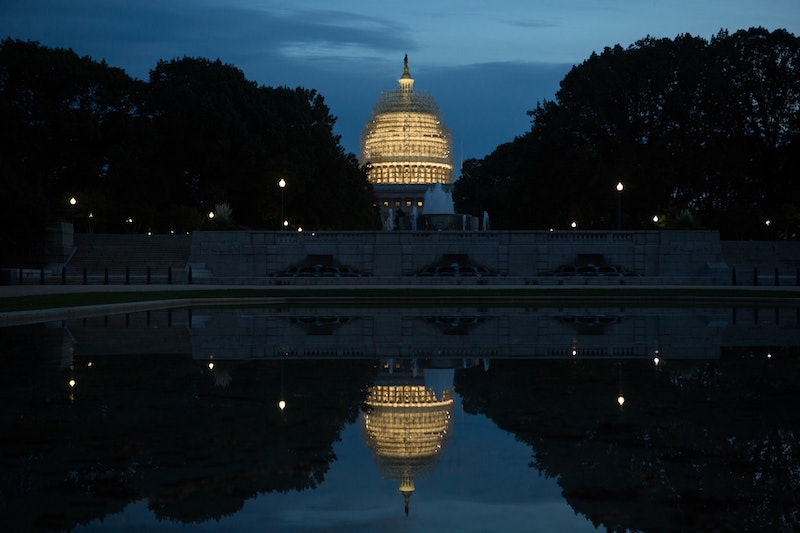 Well, it's finally happened — after weeks of speculation and swirling concerns, the White House has made it official: President Donald Trump is ending the Obama-era DACA program, meaning undocumented immigrants who've received protection through the program will once again find themselves facing the possibility of deportation.

It's not surprising, therefore, that many people want to find some ways to fight back. And if you want to add your voice to the chorus, there's one simple first step you can take: here's how to call your senator about DACA. UPDATE: On Tuesday, Jeff Sessions announced during a press conference that the White House plans to "rescind" DACA.

Over the past several months, countless Americans have found themselves getting involved in political activism, owing to the deep unpopularity of the new presidential administration, and the raft of controversial right-wing policies it's embraced. In particular, Trump's immigration and refugee ban ― first introduced to the public as an overt Muslim ban during the 2016 presidential campaign ― drove thousands of protesters to airports across the country; when the GOP-led Congress attempted to repeal the Affordable Care Act, they were deluged with phone calls pleading and demanding they not do so.

Although it makes a lot of intuitive sense to call your senator's national phone line, some with experience working in congressional offices have argued that calling state-level offices can make an even bigger impact. So, if you want to engage this way, you could consider calling in to all your senators' offices. Remember, it's important to be polite, but also very firm and clear about how you feel.

Unfortunately, the situation is not as favorable for progressives as it was during the Obamacare repeal effort. While the obstacles between the Republican party and a successful repeal were many ― undoing a massive program relied on by millions of Americans is a seismic act that posed serious political consequences ― it's far easier for the GOP to simply accept Trump's decision on DACA and not take any proactive steps to fight against it. And yet, even in situations that seem desperate, overwhelming public pressure can only help, raising and focusing awareness on the plight of the hundreds of thousands of DREAMers throughout the country.

So if you have the time and the inclination, and whether you live in a Republican or Democratic state, you should consider giving your senator a call and letting them know you want this to be a central issue going forward.

More like this
Every Single Big & Small Way You Can Fight For Abortion Rights
By Tess Garcia
5 Ways To Stand In Solidarity With Women In America From The UK
By Sophie McEvoy
How To Fight For Reproductive Rights, Based On How Much Time You Have
By Courtney Young
Boris Johnson’s Leadership Is In Question – Again
By Bustle UK
Get Even More From Bustle — Sign Up For The Newsletter