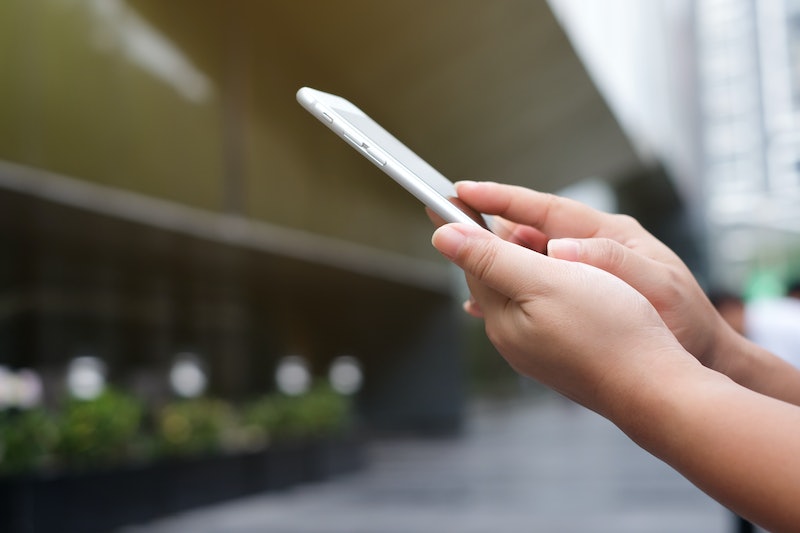 If you’ve been paying close attention over the past six months or so, you’ve probably noticed that Twitter has been experimenting with some changes to the twitter.com website — and if you’ve been among a growing number of select users, you’ve already had a chance to see what some of those changes might be first hand. Reactions have been mixed, though — but there’s good news, too: If you’ve been wondering how to change Twitter back to the old format, it’s actually easily done.

For now, at least.

Twitter announced back in January (via tweet, of course) that a new version of the twitter.com website was on the way soon. We , didn’t know entirely what would be in it, and we didn’t know exactly when it would roll out more widely; Twitter’s announcement said only that it would include “the emoji button, quick keyboard shortcuts, upgraded trends, advanced search, and more." Additionally, only select users were granted an opt-in button to get a sneak peek of what the new version would look like. Those who were able to opt in were invited to share their thoughts on the new format with Twitter — as were the next crop of invitees, who received the opt-in button around May 3, as well as the next, who were granted access around June 28.

Notably, in May's tweet about the update, Twitter also stated that it was now testing two different designs — and by June, the company had began referring to the whole thing more generally as “the twitter.com design experiment.” This explains why the version of Twitter’s website depicted in the January tweet’s attached video looks somewhat different from what's currently being rolled out across the platform.

You can see what January's video showed us in the tweet embedded a little ways up here; and as of July, here's what Twitter looks like to those who have received the update:

Does it feel like A Lot to you? You’re not the only one; that was my immediate reaction, too. While it’s clear that the screen for this version of Twitter’s desktop website has finally been designed for computer monitors, which run horizontally, rather than phone screens, which run vertically, it’s a bit busy. The biggest change is that huge menu on the left-hand side, and I'm... not sure how I feel about it.

But happily, if you’re not thrilled about the look of New Twitter — or if you’re simply not ready to make the switch yet (getting used to change takes time — remember how we all felt about Facebook when the News Feed was first introduced in 2006?) — there’s still an easy way to switch back to the old twitter.com format: A handy-dandy Chrome extension.

Created by a developer going by the name Zusor, the GoodTwitter Chrome extension essentially forces your browser to use the old version of Twitter — or, as Zusor puts it, it “brings back old Twitter by changing the user agent of all your browser requests to the one of an older browser.” It hit the Chrome Web Store not too long after the new version of browser Twitter began its widespread roll-out, with the extension’s most recent update having occurred on July 25. It’s free, too — and apparently, it’s worth it: More than 32,000 people have downloaded it so far, with the average reviews of 205 of those people ranking it five stars.

It’s worth noting that when you install GoodTwitter, a pop-up window will tell you that the extension can read your browsing history. However, notes Zusor, although this is “technically true,” that’s actually not what the extension does. Per the developer, “It needs the permission to clean the cache for Twitter after installing. GoodTwitter does NOT collect any information about you [and] … does NOT use any analytics at all.”

To install GoodTwitter, first, go here to find it on the Chrome Web Store. Click “Add to Chrome”...

…Which will cause this window to pop up:

That’s the browser history warning Zusor explains in the extension’s overview. Click “Add Extension,” and… that’s it. That’s all you need to do to install the extension. Now, when you go to Twitter, you won’t see the new version of it; you’ll see the old version instead:

Of course, it’s worth noting that the extension may not continue to work forever; as such, we should all probably just come to terms with the fact that we’re going to have to get used to the new version of Twitter eventually and, y'know, get on with our lives. (If you want to uninstall the extension, just go back to its page on the Chrome Web Store and click “Remove Extension.”) And hey, it’s also worth remembering that the changes only pertain to Twitter’s website — not the app. If you do all your tweeting and heart-ing and following and unfollowing and whatnot from the Twitter app, then you’re already golden.