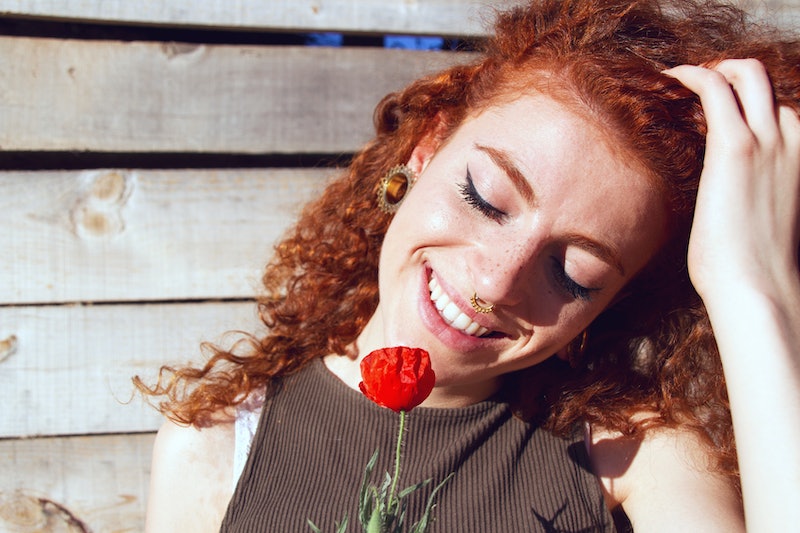 Even if you love being single, being the only single friend can be hard sometimes. I spent eight years as the single friend and — even though I was having a great time with my freedom and friends with benefits — there were times when I felt lonely, frustrated, and left out because everyone around me was in relationships. It's tough sometimes; there's no denying that. Don't feel guilty if you feel resentful every once and a while.

"Society promotes, encourages, and rewards coupledom and particularly marriage," relationship therapist Aimee Hartstein, LCSW tells Bustle. "This is particularly hard on single women because unmarried men are portrayed as 'sowing their oats' or 'playing the field' while unmarried women are considered to be old maids that are left on the shelf. The bias against [heterosexual] women is that they aren't really valued and validated unless they have been chosen by a man. It's self-perpetuation, meaning that the single women buy into this value judgement about themselves just as much as anyone else. I think that examining these stereotypes and breaking them down is the best way to eliminate them."

But actually, there are a lot of great things about being the only single friend — you just need to know where to look.