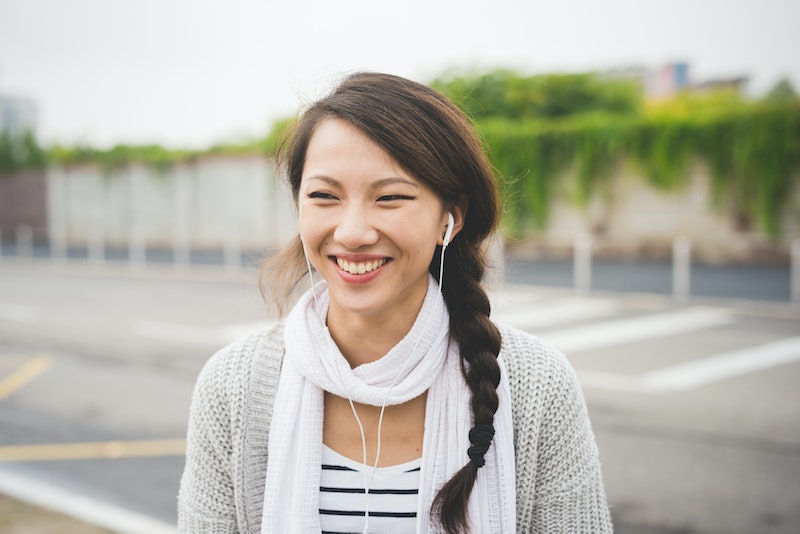 There have often been some very low moments — like after another friend gets into a relationship and I'm still rolling my eyes at rude guys at the bar— when I let the fear I hold deeply in my gut out: "What if I've been single for too long and there's something wrong with me?"

I know how dramatic that sounds, and sure, it's not a sentiment I share that freely or that often, but sometimes, I wonder if it's valid. There are all sorts of people who are currently dating: those recently out of long-term relationships (who may even get into another one pretty fast), those who are having fun and not worrying about meeting someone (oh, how I envy them), those who see dating as a game and a sexual chess match (oh, how I block them on every dating app) and those of us, like me, who have been dating for what feels like eternity and are trying to keep on, keepin' on.

For those of us in the last bucket, who have tried everything, have found peace (and ahem, happiness) in being single, but still would like a relationship, it can feel unearthing to actually believe something will change. And to ponder, if maybe, there's something wrong with us. I took these questions to some dating experts to figure out if there are some actual perks to being single for a long time.

And ya know what? You can rejoice forever-single people: you're better off than you think. Here are some benefits of being perpetually single:

1. You Have More Time To Figure Out Who You Are

Now, of course, folks who are in relationships have identities too, and if they're doing it right, they give each other space to develop those identities separately. But Thomas Edwards, the founder of The Professional Wingman, says that one huge perk of being single for several years is that you have to push yourself to really figure out who you are, what you stand for, what matters to you and what you want. "When you're jumping from relationship to relationship to relationship, it can be easy to feel you're only worth something when you're taken," he says. "But when you've had a chance to be single for a long time, you don't define yourself by another person."

2. You May Become A Better Friend

Let's get one thing straight: being single is not the same as being alone. And when you're single, you may rely more heavily on your friendships and thus, invest more in them. "There is no push-pull between friends and relationships when you're single for many years," says Esther Boykin, a licensed love and relationship therapist. "You don't have to be concerned about spending time with friends and a mate, and can be more flexible. You get to be an amazing friend without any outside complications." While the dynamics of a romantic relationship are different than a friendship, learning how to be an awesome friend will ultimately make you a supportive, understanding partner one day.

3. You Can Master Work/Life Balance A Lot Easier

"There is a reason that many of the most successful and prolific people in the world have spent long stretches of their life single or barely dating," Boykin says. "The focus, time and energy it takes to reach the top of your field or achieve your loftiest goals is often split when you have a serious relationship. But by committing to your job or a career, you're learning the importance and value of sticking to something."

This lesson will translate when you one day dedicate time to being in a happy relationship, but will also help you realize that you'll always need more than just love to live your best life. Not that those in relationships can't master work/life balance, but it may be an easier task when you're solo.

4. You Have Time To Actually Heal Your Wounds

Hey, we all have baggage and for some of us, that baggage sticks around longer than we realize if we never set aside the time or the emotional energy to deal with it. For people who are constantly in relationships, they don't deal with the hurt they feel from the past romance before diving into the other. But for you, perpetually single one? You have to deal with it. "Be it a bad breakup, an absentee parent or another hurdle like depression of anxiety, being single can give you the space you need to focus on taking care of yourself first," Boykin says. "While you don't need to be single to deal with these issues, there is a benefit of working through problems on your own to build your own personal strength and independence."

5. You Actually Know What You Want Because You've Dated Them All

The revolving door of daters may get old — but try to consider the alternative: what if you never, ever went on a date, ever? There are some folks who married their high school or college sweetheart and never got the chance to go on any sort of dates before getting hitched. Sarah Patt, matchmaker and dating expert says being able to go on multiple dates over several years really helps you understand what you want, and well, what you really, really don't. This makes you more confident in your selection and oftentimes, happier when you're in a relationship because you chose your partner carefully.