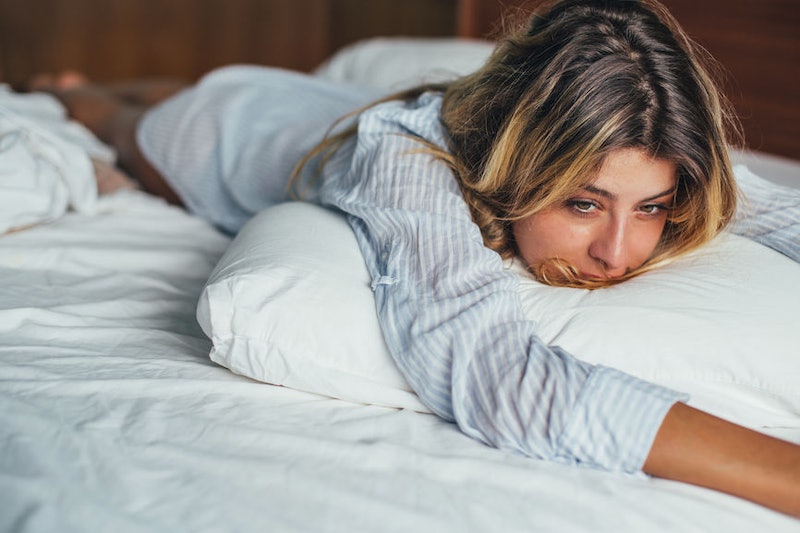 When booking a hotel for that one destination you've had your eyes set on forever, a good night's sleep is often an afterthought. Yet, once your body hits that comfy AF hotel bed after a day of constant travelling, a struggle for some decent shut-eye can often ensue. So, how how do you fall asleep in an unfamiliar environment?

OK, just think about it — where do you sleep the most? Your own bed. Granted, there are the odd moments where you may nod off on the sofa or even on the loo, but it's always in familiar surroundings. Once you take home out of the equation, your brain totally knows about it.

It even has a name, too — the "first-night effect". If you're not frequently travelling and sleeping in new places, taking yourself out of your comfort zone will definitely mess up your sleep habits. Basically, your mind won't turn off until it deems itself safe.

Speaking to the Guardian, sleep expert Masako Tamaki described this phenomena as your brain partaking in a "night watch". If you put this into Game of Thrones terms: one half of your brain is the Night Watch, and the other is the wall.

"If we don't know whether a room is safe to sleep in, then we will have this night watch system so we can detect anything unusual," she said. "It's like a safeguard."

Tamaki explored this further with her team at Brown University in a 2016 study published in Current Biology, which found that "troubled sleep in an unfamiliar environment is an act for survival over an unfamiliar and potentially dangerous environment by keeping one hemisphere partially more vigilant than the other hemisphere as a night watch, which wakes the sleeper when unfamiliar external signs are detected.

"In summary, the present study has demonstrated that when we are in a novel environment, interhemispheric asymmetry occurs in regional SWA, vigilance, and responsiveness as a night watch to protect ourselves."

Even if that protection is from sounds in adjacent rooms, toilets flushing, air conditioning units, or even loud traffic; if it's out of the ordinary, your brain will want to investigate it.

So, how can you combat the first-night effect and get a good kip?

Tamaki suggests battling the unfamiliar with the familiar. Bringing the pillow you sleep on at home is a good start or even "staying in places that have similar rooms" and layouts, to stop the confusion arising in your brain.

It's all about making sleep in situations outside the home as familiar as possible. Investing in some sleep care is a good shout too, like a sleep mask and earplugs to block out the foreign sights and sounds, as CNN reported.

Sleep researcher Rebecca Robbins recommends a "pre-bed routine" to get your mind in the sleep zone. "Start to power your computer down about 90 minutes before bed, and do something relaxing," she told Condé Nast Traveler. "Another component is taking a warm shower. If you take a nice, warm shower and cool off your room — 65 degrees if the best temperature for a good sleep at night — that transition helps with sleep onset."

Personally, I find I sleep best when wearing a set of PJs that I regularly wear and that smell like home, and bringing a stuffed toy along to hold onto in the night. That may sound odd, but hey, it works.

So if you struggle to sleep in unfamiliar environments, understanding why your brain goes into survival mode and following these tips might just stop your mind's night watch from being over-vigilant.