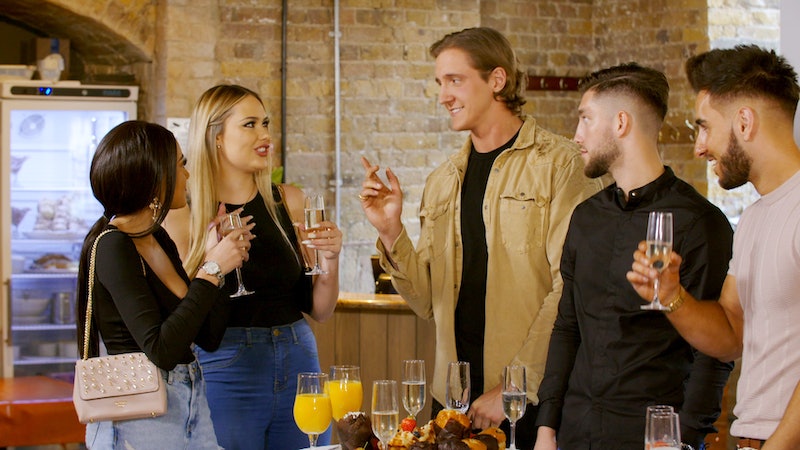 "We were on a break" is a term likely to be used by many Singletown contestants, each of whom have agreed to put their relationships on hold in order to enjoy single-life in the bright lights of London. Yes, ITV2's unconventional dating series sees five couples go their separate ways with the intention of exploring the modern dating scene as a singleton. The series is currently airing on ITV2, and if you're hoping to find out more about reality TV's newest stars, get ready to do some serious social-media stalking, because here are the Singletown contestant's Instagram accounts.

Now, because Singletown is focused on five real-life couples, the contestants arrive on the show in pairs — however, this doesn't mean they'll necessarily leave as such, because as their time on the show draws to a close, each couple must decide whether or not to reunite or break-up for good. The cast of the ITV2 series includes couples at various stages in their relationships, and if you're wanting to learn more about each of them, you can easily do so, because I've gone ahead and fished out their perfectly polished Instagram profiles — and you can check them out below. You're very welcome.