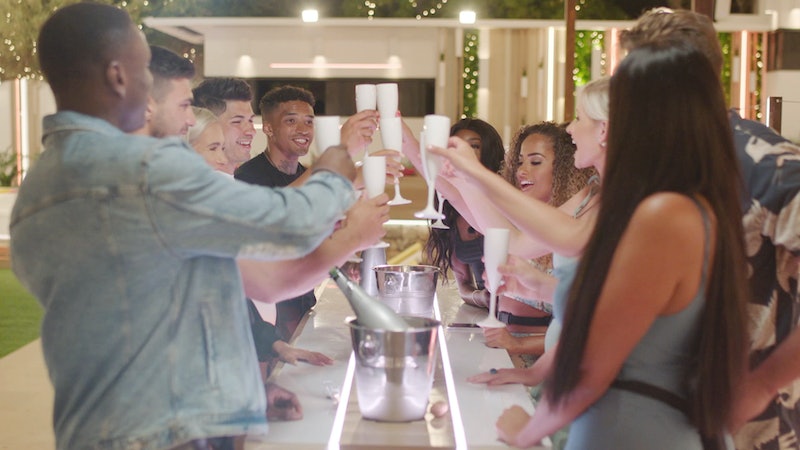 ITV is adding a whole new meaning to the phrase 'we were on a break' (that ones for you, Friends fans) in their newest reality TV venture. The upcoming series is titled Singletown, and throughout the show various couples will temporarily go their separate ways in order to enjoy a summer of single life in the city of London. Singletown is brought to us by the creators of Love Island, which is now enjoying its fifth season following massive success on ITV2 — and with Singletown now on its way, it seems the broadcaster is hoping to delve further into the genre of reality TV dating. But what else is there to know about this exciting new series?

According to ITV, Singletown is set to debut on ITV2 later this year, and the series will see five couples put their current relationships on hold, and experience single life in one of the world's most glamorous cities. Each couple will have varying reasons for wanting to put their relationship on pause, whether it be down to a desire to explore who, and what else is out there — or simply wanting one last blowout before settling down with their significant other. Whatever the reasons, ITV camera will be there to capture every second of their journey into life as a singleton.

Participants will be shacking it up in luxury apartments during their stay in the UK capital, and be tasked with going on a series of hand-picked dates — as well as attend a range of "out of this world" parties. However, it isn't all fun and games, because at the end of the summer each couple will have to decide if they'd like to keep flying solo, or reconcile with their other half. This could get very ugly.

ITV's Head of Digital Channels, Paul Mortimer, has previously expressed his excitement surrounding this "unique" new reality series. In an ITV statement, he said, "hot on the heels of Love Island, we're thrilled to be partnering with Keshet on this unique series. Singletown is a fun relationship show featuring a diverse mix of young couples from all over the UK brought together in the most aspirational urban setting — London in the summer. ITV2's young audience will hopefully be hooked on the dating dilemmas, twists and turns and the fresh and re-kindled romances that emerge from this exciting new format."

And David Williams from Keshet Productions has reiterated ITV's enthusiasm. According to ITV, he said, "Singletown has a unique starting point — it begins with an end — and I can’t wait to watch these freshly minted singles have an unforgettable summer in the city."

Applications to take part in the show have now closed, however according to ITV's official Singletown casting page, applications "may be extended without notice" — so if you're interested, it might be worth checking back every once in a while. The original Singletown casting ad on the ITV website reads, "We want fun singletons, of any sexual orientation, who are ready to spice up their love lives for a brand new dating show!"

Singletown is expected to air on ITV2 later this year, and for us avid reality fans, its comforting to know that after the current season of Love Island wraps up, we'll have a whole new series to sink our teeth into. Bring it on.