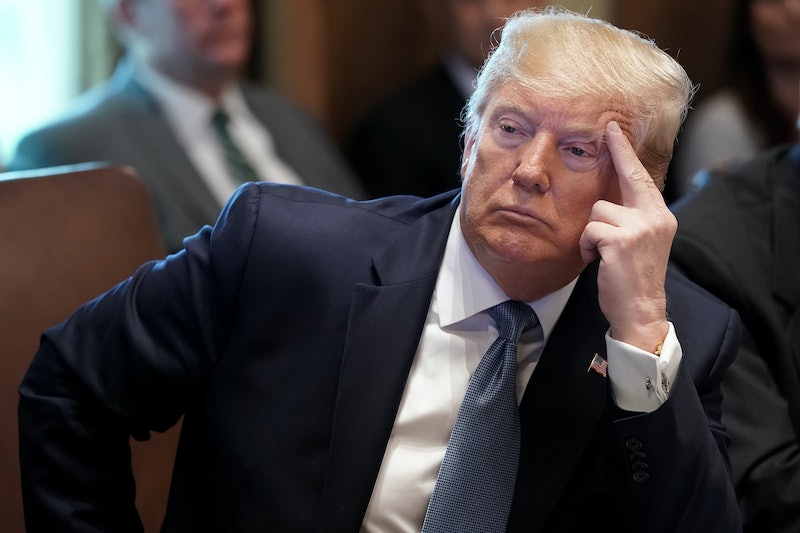 On Sept. 24, Speaker Nancy Pelosi announced that the House of Representatives will initiate an impeachment inquiry into President Trump. Pelosi's announcement could have significant consequences for America's future and, as a result, you might want to follow the Trump impeachment inquiry to stay in the loop. If you're looking for easy ways to keep track of the latest developments, there are several resources you can look to for guidance.

"Today I'm announcing the House of Representatives is moving forward with an official impeachment inquiry," Pelosi said, per CBS. "This week, the president has admitted to asking the president of Ukraine to take actions which would benefit him politically ... The actions of the Trump presidency revealed dishonorable facts of the president's betrayal of his oath of office, betrayal of national security and betrayal of the integrity of our elections."

A whistleblower complaint alleged that Trump encouraged Ukrainian President Volodymyr Zelensky to investigate Joe Biden and his son during a July 25 phone call. Trump responded to the resulting impeachment inquiry by calling it a "witch hunt garbage" and "presidential harassment" on Twitter.

Clearly, news is continuing to rapidly unfold as pundits evaluate the potential implications of the actions described in these documents. Many of the resources listed below are tracking these developments and will help keep you up-to-date on any new information.

More like this
How To Protect Your Digital Privacy If You Need An Abortion Post Roe v. Wade
By Kaitlyn Wylde
10 Times Boris Johnson Got It Wrong On Trans Rights
By El Hunt and Sam Ramsden
What Is “Night Luxe?” Breaking Down TikTok’s New Aesthetic
By Courtney Young
The Case For A Hard Launch Summer
By Morgan Sullivan
Get Even More From Bustle — Sign Up For The Newsletter