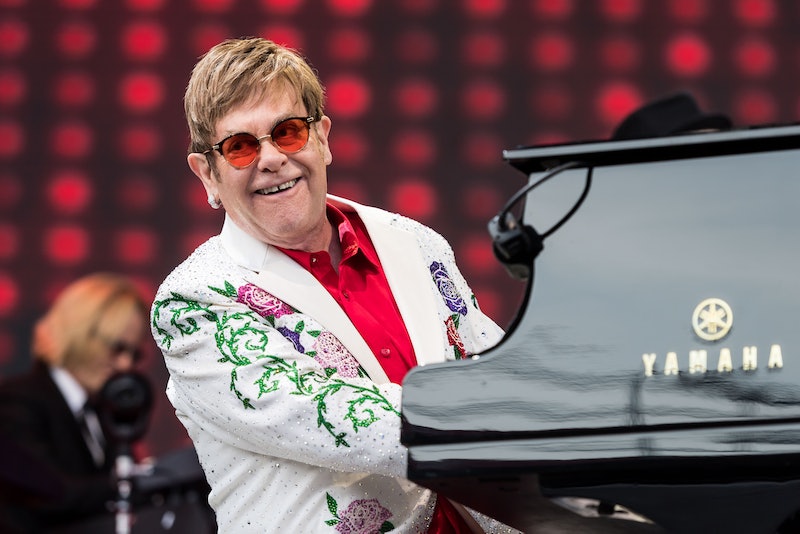 It’s time to officially say Goodbye Yellow Brick Road, as Elton John is currently on his last ever global tour — and he’s just added a handful of British dates. The tour, aptly called Farewell Yellow Brick Road, is a massive send off spanning five continents, three years and over 300 shows and TBH after all that, I’d be ready to retire too. If you’re an Elton stan or you just want to see a legend at work, he’s renowned for his incredible live performances and it’s worth seeing him. I bet the tour is going to be nothing short of extra. I hope you don’t mind, I hope you don’t mind that I put down in words how to get Elton John tickets, since they’re going to go pretty quick and it’s best to be prepared.

You’re going to want to set an alarm for November 16 at 10am, as that’s when tickets will be made available to the public. You can buy them through both Ticketmaster and Gigantic, however only Ticketmaster appears to be offering pre-sale tickets. If you’re a diehard Elton John lover and you’re already a part of his Rocket Club fan club (prior to November 8), you’re eligible for super early access with tickets going on sale on November 12 at 10am.

John will be hitting up fourteen British cities between 2019 and 2020, starting off in Hove on June 9, 2019 and wrapping things up at the First Direct Arena over in Leeds on December 7, 2020. Even if you miss out on tickets for your own city, it might be a good shout to see what’s going on nearby. In 2019, he’ll be visiting Hove (June 9) and Cardiff (June 15) — however those dates have already gone on sale and are totally sold out.

The 2020 dates have just been announced and kick off with a November 6-7 stint at The O2 in London. From there, John will move onto Birmingham on November 9 and 11 before venturing further north to Liverpool on November 13-14, then Manchester on November 17 (he’ll also be back on November 28).

After that, he’ll leave England behind and cross the border to Aberdeen for gigs on November 20-21, then Glasgow on 24-25. Fans in Ireland will also be able to see him on November 30 in Belfast, after which John will officially say goodbye to the UK with his final gig on December 7, 2020.

It sounds like the star is going to be doing some pretty intense UK road tripping and he recently said on his website that the British shows were going to be “incredibly special”. He said, “The UK is home, and where my heart will always be. To celebrate some of the incredible moments we've shared with my British fans over the years will be wonderful. These homecoming shows will be very emotional, and a lot of fun.”

According to Sky News, at the end of this week 500,000 people will have already seen Elton John sing his goodbyes across the United States. It’ll probably be hard saying goodbye to such an extraordinary level of fame, but it sounds like Elton John’s ready to hang up the glitzy, sequined towel.

He explained, “After the tour finishes, I’m very much looking forward to closing off that chapter of my life by saying farewell to life on the road. I need to dedicate more time to raising my children.”

That’s as good a reason as any to pack away the piano sheet music. Fingers crossed we still see him pop his head into the occasional TV show or tribute concert — I for one hope he’ll reprise his role in the next Kingsman film. Taron Egerton’s just stepped down from the lead role, after all. All I want TBH is a gay British super spy who dresses in sequined suits and plays his own theme song; who better than Elton John?