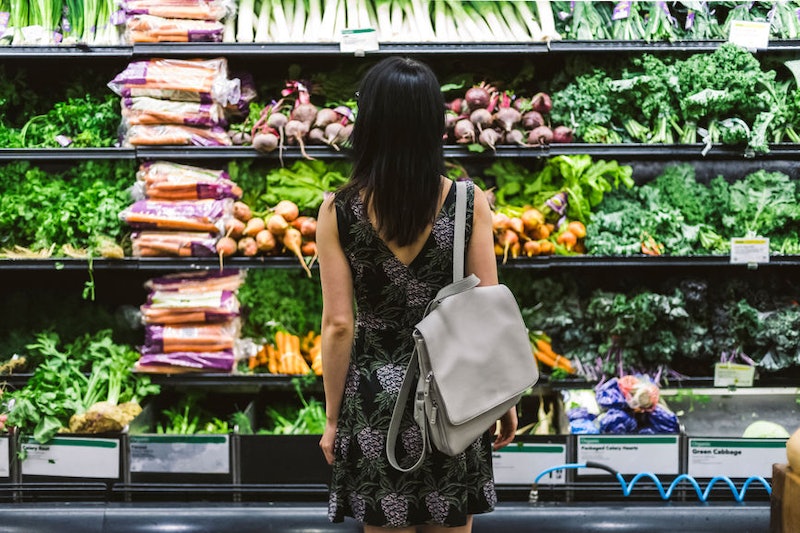 Although a vegan diet is considered to be eco-friendly, avoiding meat and dairy can have some nutritional consequences. One nutrient that has recently come to attention is choline. According to one expert, not consuming enough of it could cause damage to health. So here's how to eat enough choline as a vegan.

Choline was only listed as a required nutrient in the U.S. in the '90s, reports Healthline. But it is "presently excluded from UK food composition databases, major dietary surveys, and dietary guidelines," nutritionist Dr. Emma Derbyshire recently wrote in the BMJ journal. She asked whether a nation that is seeing a rise in plant-based diets could be overlooking a "potential choline crisis."

The nutrient does a great many things, from helping to remove cholesterol from the liver to making a neurotransmitter involved in heartbeat regulation, the movement of muscles, and memory. Your body does naturally make some choline, but adequate intake requires some to come from the diet too.

Vegans can have a hard time sourcing foods containing choline as the majority fall into the meat or dairy category. As the BBC reports, beef, eggs, and milk are the main sources. However, that doesn't mean it's impossible for vegans to have a choline-rich diet.

Cruciferous vegetables including cauliflower, kale, broccoli, and Brussels sprouts can be a good source. So can peanuts, baked beans, quinoa, mushrooms, peas, and sunflower seeds. Even processed food containing a substance called lecithin is an option, states Harvard Health. (You'll have to scour the ingredients list for that one.)

As mentioned, the UK has no recommended daily dose. But the U.S. advises women to consume 425mg of choline a day, per Healthline. Men should have 550mg. Breastfeeding women are advised to have an equal intake to men while pregnant women should consume around 450mg daily.

Admittedly, vegans may find it hard to consume those amounts through diet alone. An alternative is to buy a choline supplement; 250mg is usually the standard dose.

But Bahee Van de Bor, a spokesperson for the British Dietetic Association, told the BBC: "You absolutely can meet the requirements with a vegan or plant-based diet." She said people had to have a plan, adding: "Foods can be vegan but not provide the necessary nutrients." If you're not a fan of the choline-heavy foods, then "you might need to consider supplementation," Van de Bor finished.

In the BMJ article, Dr. Derbyshire noted concern over the amount of choline pregnant and breastfeeding women were consuming. Choline is thought to benefit foetal brain development, she said. A 2018 study, published in the American Journal of Clinical Nutrition, also found a link between adequate choline intake and preventing Alzheimer's disease. However, this study only focused on men and the findings require more research.

Trying your best to ensure you have a varied vegan diet can help boost your nutritional intake. As a spokesperson for the British Nutrition Foundation told the BBC, it's important to consider the likes of iron, zinc, calcium, and vitamin B12 as well as choline.

Ultimately, research is key. Do that and you shouldn't face any major problems.