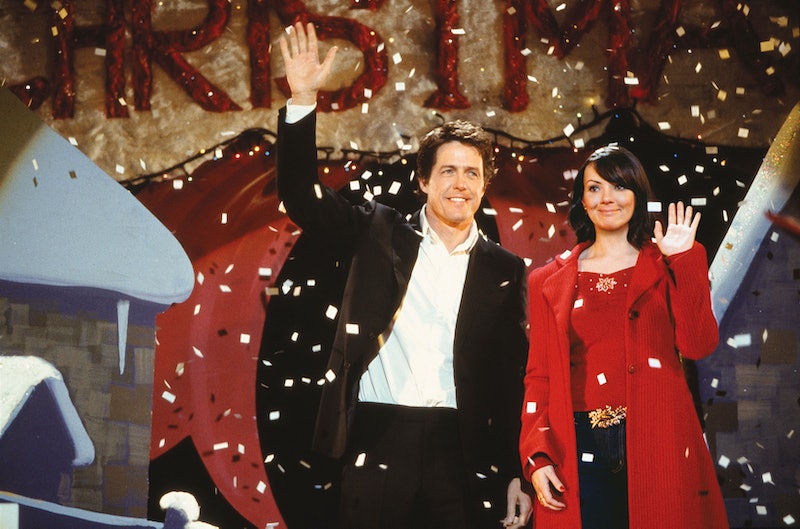 There are multiple signals that tells us Christmas season has arrived, For some it's the first play of Mariah Carey's All I Want For Christmas on the radio. But for others it's all about the movies, so why not be Christmassy AF and find out how to get tickets to the Love Actually concert tour? It's the perfect way to welcome in the festive period.

Yes, that's right. They're doing a pretty special tour that will make you feel all warm and fuzzy inside. The tour will be made up of screenings of the classic film, accompanied by a full orchestra.

There will be 15 performances, starting in Exeter on Nov. 23, 2019, and ending in Birmingham on Dec. 16. Tickets are available on Ticketmaster now and with prices starting at £44. But you'd better get your skates on, because you know these tickets are selling like hot mince pies.

Full dates for the tour are as follows:

The film, from the mind of British legend Richard Curtis, is celebrated not only for its top-notch storyline but also its score. Craig Armstrong is the BAFTA-award-winning composer behind the now famous score and, according to his website, it was a whole new experience for him:

"For Armstrong, the film represented the first opportunity to write music for this genre, and his score has become as well-loved as the film itself."

The orchestral score in Love Actually is in itself a vital character in the film. Helping to transition from storyline to storyline in this patchwork quilt of a film. Its director Curtis spoke to Time magazine, explaining that, for him, the script was kind of a romcom mega mix:

"I thought if I can do a romantic film, could I do 10 of them and just do the best of? Or the most extreme scenes? So instead of writing a film and having 20 scenes, could I, as it were, write a film and just pick the three best scenes and leave it at that?"

Bring the tissues and the naff Christmas jumpers. It's actually about get real.