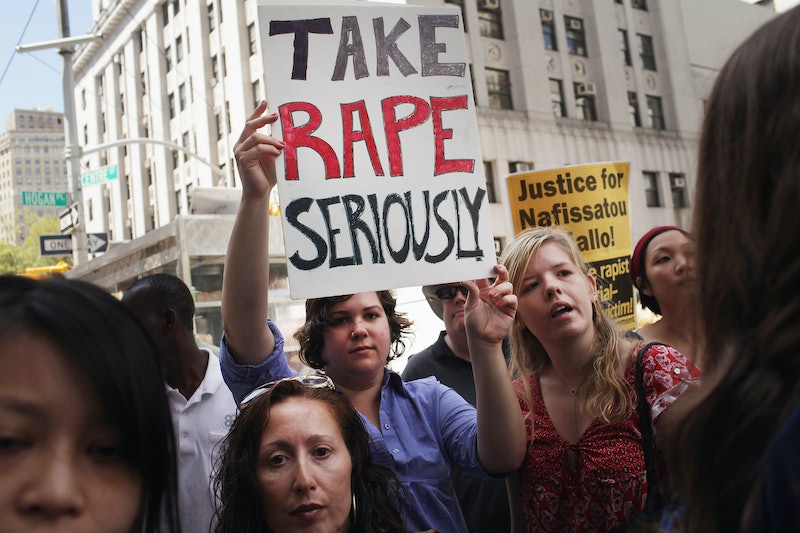 For sexual assault survivors, the past couple weeks have been tumultuous and overwhelming. After media mogul Harvey Weinstein was accused of sexually assaulting or harassing over a dozen women, many sexual assault survivors began to speak out about the epidemic of sexual violence. Women, men, and non-binary folks quickly took to Twitter, and other social media platforms to disclose their experiences of sexual assault or harassment, using the hashtag “#MeToo.” The #MeToo campaign, which was originally created by activist Tarana Burke, began to trend on social media after actress Alyssa Milano tweeted it out at friend’s suggestion, saying, “If all the women who have been sexually harassed or assaulted ‘Me Too.’ as a status, we might give people a sense of the magnitude of the problem.” While many of the #MeToo statuses are heartbreaking to read, the campaign serves as a blunt reminder as to just how large the sexual violence epidemic is in the United States, and in most of the world. Since Milano’s OG Tweet on October 15, thousands of survivors have collectively spoken out across Twitter, Facebook, and Instagram, among other social media.

Though the #MeToo campaign on social media is a powerful act of solidarity for some survivors, many have also found the trending topic to be triggering, or flat out re-traumatizing. And despite the massive amount of survivors participating in the campaign, most survivors do not report or disclose their sexual assault. In fact, rape is the most underreported crime in the U.S., which means majority of perpetrators never experience legal or personal consequences — such as being fired, or ostracized from their friend groups (which are often times shared with the survivor). While survivors have no obligation whatsoever to disclose their trauma, many do not even get a choice to speak because of the ever present power difference between most survivors and their perpetrators. But, that does not mean those who cannot speak about their assault do not deserve to heal. Below are seven therapeutic tools survivors can use in private if they are not ready to disclose their assault.

More like this
Wondermind Just Launched A Site That's All About Supporting Mental Health
By Carolyn Steber
At 28, Melanie C Was Falling In Love & Reclaiming Her Confidence
By Olivia-Anne Cleary
Isa Guha Is Taking The Lead
By Charlie Mock
Kourtney Kardashian Says She “Loves” The Changes To Her Body Caused By IVF
By Jake Viswanath
Get Even More From Bustle — Sign Up For The Newsletter