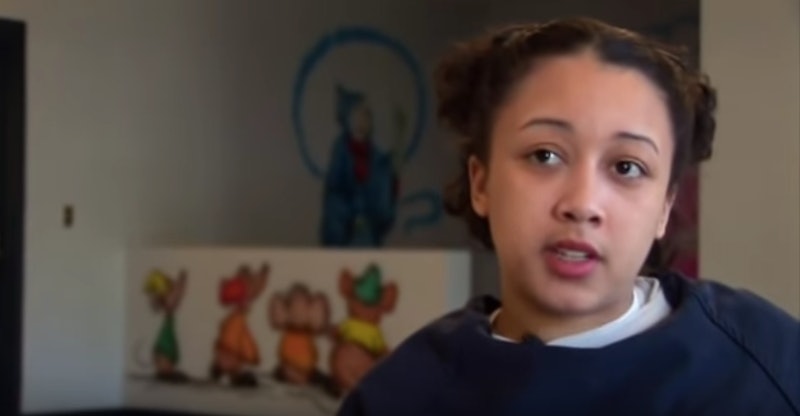 When it comes to affecting change, activism is key, even when it comes to things like prison sentences. On Monday, Tennessee Gov. Bill Haslam revealed that his office was reviewing her case, but if you're wondering how to help Cyntoia Brown get clemency, there are steps that you can take to make sure your voice is heard.

Brown was convicted for murdering a man who solicited her for sex in 2004, when she was 16 years old. She was sentenced to life in prison, and a Tennessee Supreme Court ruled recently that she must serve out 51 years of her sentence before she's eligible for release.

She testified, according to court documents, that she had been forced into prostitution by an abusive boyfriend, who she also said raped her. She told authorities that she shot 43 year-old Johnny Allen, a real estate agent who offered to pay her for sex, at his home because she thought he was reaching for one of the guns he reportedly bragged about owning, and she was afraid of what he might do to her. However, prosecutors argued that she has planned to rob Allen all along.

Brown was tried as an adult and convicted of first-degree murder, felony murder, and aggravated robbery. Just last week, the Tennessee Supreme Court ruled that Brown would have to serve 51 years in prison before she would be eligible for early release. Because of this, Gov. Haslam has become virtually the only person capable of granting her clemency. He said on Monday that his office would make a decision in the next six weeks, after which his term expires, according to Rolling Stone. Here is how you can help her case: