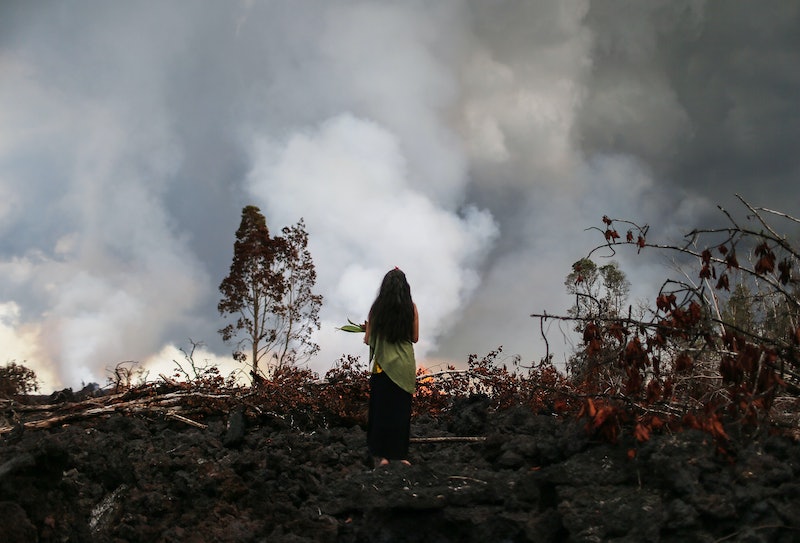 A brush fire in the Hawaiian island of Maui has consumed at least 10,000 acres of land, fueled from Kahului to north Kihei by high winds. Through sugar cane fields and dry brush, the fires forced thousands of residents to evacuate. And though no deaths or injuries have yet been reported, those experienced with wildfires are cautioning that smoke inhalation can be incredibly harmful. While lots of the efforts are concentrated locally, there are other ways you can help Maui as the brush fires continue to blaze.

Though evacuated residents can already begin returning home after local firefighters fought to keep the fires relatively contained and away from power plants, Mayor Michael Victorino is urging residents to remain vigilant. By Friday morning, emergency shelters had closed, but shelters at the War Memorial Complex and Kamalii Elementary School are prepared to reopen if conditions take a turn for the worse. Though the fire is yet to be considered officially contained, the local fire department’s Air 1 and Air 2 helicopters should be resuming water drops on Friday.

According to a 2018 study by researchers at the University of Hawaiʻi at Mānoa, these types of wildfires are expected to happen more frequently across the Hawaiian islands. The study concluded that climate change is contributing to wetter months — which encourage the growth of non-native grasses — prior to drought months. These drought months are in turn hotter because of climate change, according to the study, which is a recipe for fueling more wildfires. This week’s fires seem to serve as further evidence of the study’s claims, and relief efforts are likely to be ongoing.

More like this
Savannah Guthrie Got Her First-Ever Tattoo With This Former Wild Child
By Suzanne Zuckerman
11 Super Bowl Instagram Captions To Use On Game Day — Even If You Don’t Like Sports
By Alexis Morillo
February's Full Snow Moon Will Breeze Right By These 3 Zodiac Signs
By Brittany Beringer
7 Dos & Don'ts For The February 2023 Full Snow Moon
By Brittany Beringer
Get Even More From Bustle — Sign Up For The Newsletter
From hair trends to relationship advice, our daily newsletter has everything you need to sound like a person who’s on TikTok, even if you aren’t.