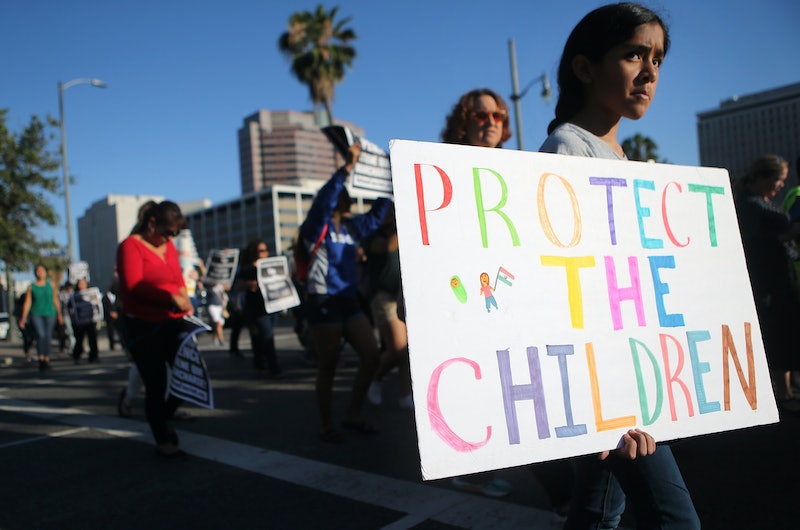 For months now, reports about migrant detention centers at the border have sparked nationwide outrage — and questions. Just recently on July 5, Trump told reporters that detention facilities are "beautifully run," but claims that minors are being held in "inhumane" conditions paint another picture. And if you don't live near the border and want to help migrant children from online, there are a number of routes you can take.

Earlier in July, the inspector general for the Department of Homeland Security released a report criticizing "dangerous overcrowding" in detention centers and the "prolonged detention of children." According to the report, some of the facilities inspected weren't giving children clean clothes, access to showers, or even consistent hot meals. Even so, per USA Today on July 5, Trump told reporters, “I think they do a great job with those facilities." What's more, Vice President Mike Pence recently visited an all-male detention facility in Texas, where a Border Patrol supervisor confirmed to him that the men in custody hadn't showered in over 10 days, USA Today reported. According to the news network, Pence later said of the visit, "Every family that I spoke with told me they were being well cared for."