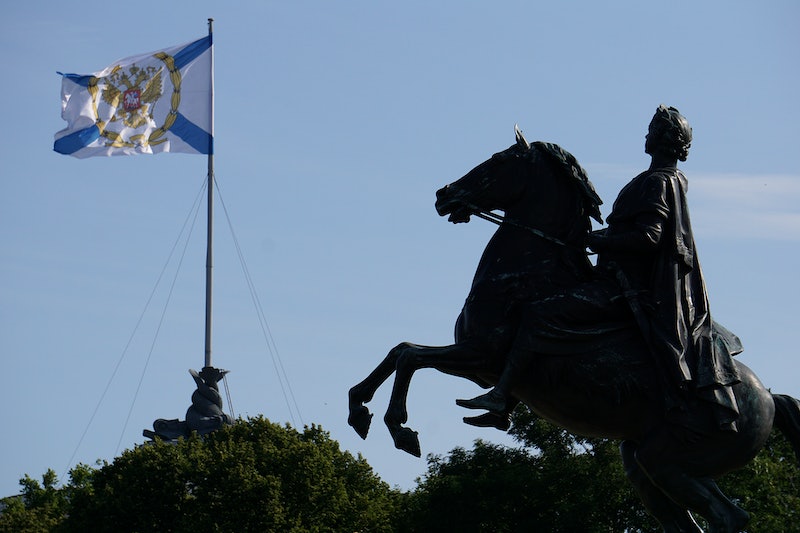 As many as 10 people have reportedly lost their lives, and approximately 50 people have been injured, in two bomb blasts on the metro system in St. Petersburg, Russia. So one of the first questions you may be asking is how you can help the St. Petersburg victims? The Telegraph reports that the blast involved a "shrapnel-filled device" that was "thought to be equivalent to 200 grams of TNT" that was placed inside the carriage. The Russian prosecutor general has described what took place as a "terrorist attack," though firm details as to who exactly the terrorists are haven't yet been confirmed.

As such, you may be wondering if it's possible to help in any way. If you're based in St. Petersburg and you know a victim of the attack, you should provide support in any way you can without overwhelming them (after all, they may still be in shock). It's worth making sure they've already been to the hospital to be checked over. British mental health charity Mind stresses the importance of listening, recommending "giving them time to talk and tell their story" as well as "allowing them to be upset" and "not judging them." However, it's also important that you help them get in touch with a professional psychological support, too.

If you're based locally, consider donating blood. While limited information is available in English, it appears from coverage of blood donations in 2013 being changed from being fee-based to voluntary that this "puts Red Cross centre stage" in terms of blood provision. As such, I'd suggest getting in touch with the Red Cross in St. Petersburg to find out where you can donate blood.

Expressing condolences on social media may seem like a superficial gesture in the face of so much suffering, but it actually means that you'll raise awareness about the attacks. If retweeting, be sure to give preference to non-anonymous tweeters, ideally from reputable news sources. Keep an eye out for further ways to help out as this story gains further coverage.

Ultimately, reaching out in any way you can (as long as you're empathetic and respectful in how you do so) is a good idea in this painful moment in St. Petersburg's history.

More like this
The Families Of Grenfell Tower Are Still Waiting For Justice, Five Years On
By Bustle UK
5 Ways To Stand In Solidarity With Women In America From The UK
By Sophie McEvoy
How To Fight For Reproductive Rights, Based On How Much Time You Have
By Courtney Young
Windrush Victims Are Still Waiting For Compensation
By Sam Ramsden
Get Even More From Bustle — Sign Up For The Newsletter