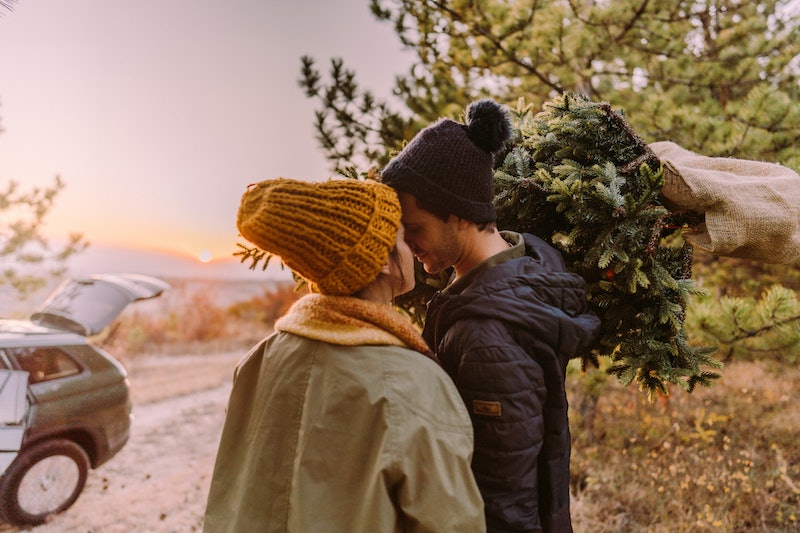 Travelling back to your hometown for Christmas can be super nostalgic. Along with meeting up with old school friends, hanging out at your old haunts, and eventually being reminded why you left it’s hard not to revert back to your teenage self. And, with a ton of mistletoe hanging about and alcohol flowing, it can seem like a great idea to hook-up with your high school crush. So here’s what to keep in mind before hooking up with someone from the past over Christmas. While a drunken hook-up makes for great gossip on the group chat there are ways to avoid any awkward fall out.

There are a lot of perks of going home for Christmas. There’s an endless supply of really nice food, the fizz is flowing, and you get to see people you haven’t seen in months (or in some cases, years.) While a trip to your old local may seem harmless enough it can end in you bumping into old schoolmates and as it’s the season for love and goodwill, things happen. Johnna Rief, Head of Sexual Empowerment at We-Vibe says, “everyone knows that Christmas is kind of magical as everyone is happy, enjoying time off with their families and friends. So, most people are already in a relaxed mood and this can be a good moment to get to know somebody.”

The comforting thing about a home hook-up at Christmas is you already know all the best places to meet people. Dating Expert and VP of Dating.com Maria Sullivan says, “holiday parties are the best place to meet people because you meet friends of a friend.” Making the most of your busy Christmas schedule might be a sure fire way to spark romance. Rief says, “there are plenty of options during Christmas time. Christmas markets, pubs – as everyone is open to having a drink somewhere, it’s easy to get in touch with people. Just go out, be open and not afraid to take the first step.”

Whether it’s the person you sat next to in french for three years or an ex that you shared a childhood romance with in year eight the one thing you need to make clear if you don’t want your Christmas fling to turn into a 2020 significant other, things are just casual. It’s never easy to explicitly turn to someone and say they might be the one right now but not the one. However, if you want a drama-free new year you’ll thank yourself for being clear. Sullivan says, “you have to make sure to have a conversation early on and make it clear what your intentions are for the relationship. Setting those boundaries in the beginning will make it a lot easier on both parties.”

Before getting close to someone over the holidays Rief says, “don’t hook up if you’re still in love and you know the flame is not. This may not come to a happy ending. I also recommend never hooking-up in revenge for something or someone.”

What starts as a nostalgic kiss in the pub can turn into something seriously fun. Going home for Christmas can be dull, so why not spice it up a bit? But being open and honest with yourself and the other person may be the best Christmas gift you give yourself this year. You don’t need hook-up drama going into 2020.