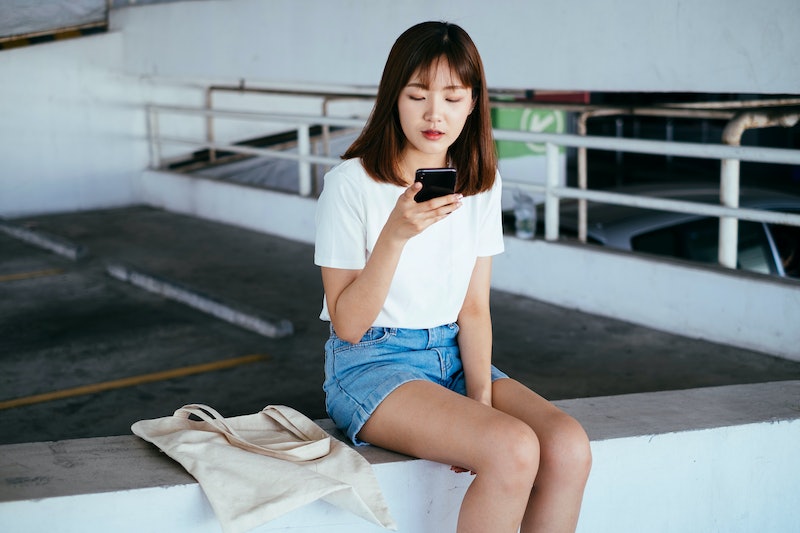 Whether or not you get jealous in relationships has a lot to do with the dynamic between you and your partner, as well as your dating history. If, for instance, you've been cheated on in the past, you might react this way as a protective measure. But astrology can also impact how jealous you might feel, in incredibly interesting ways.

While no particular zodiac sign gets jealous more than others, a few have personality traits that can steer them in that direction. Scorpio, for example, is an extremely intense and focused sign, astrologer Clarisse Monahan, tells Bustle, and that often results in jealous behavior. "Taurus, too, can be a highly possessive sign," she says. "Sharing is not an option with these folks. This is the sign of personal resources, so the overriding motivation is to accumulate both positions and people." And the same is true for Leo who thrives on adoration, she says, so if they sense their partner is looking elsewhere, they will be all sorts of mad.

That said, you can also look beyond your sun sign to get a better handle on jealousy and where it comes from. "When we get into obsessive emotional behavior such as jealousy, we need to look at the underlying cause, which is usually a mismatch of energies on the surface," Monahan says. "As a general rule air signs mix well with fire, [and] water mix well with earth. So Aquarius, Libra, and Gemini work well with Aries, Leo, and Sagittarius, for example."

If a fire sign were to date a water sign, there will be fundamental differences between them that could result in jealousy in their relationship. But since astrological charts are complicated, it can go even deeper than that. "You may have some conflicting aspects in your chart, such as a water moon (highly emotional) and a fire Venus or Mars (volatile)," Monahan says. "These conflicts could manifest as situations where the people you are attracted to on the surface may not necessarily translate into something that would be very emotional fulfilling for you."

Being with fiery types, who are spontaneous, Monahan says, might be fun and exciting. But if your sign craves reassurance and stability, you'll eventually feel as if your relationship lacks security. "Jealousy occurs when expectations are not matched," Monahan says. So, while any relationship can be healthy with enough communication, you'll likely feel best with a partner who understands and compliments your moon sign, and shares the same values.

Last but not least, the positioning of other celestial bodies can also be important. "For example, moon or Venus in tense aspects to Chiron (the Wounded Healer) can indicate someone who tends to be attracted to toxic relationships," Monahan says. "In Greek Mythology, Chiron is the Wounded Healer, who could heal everyone else apart from himself. It represents where each of us has a wound which we cannot heal. When it impacts our moon or Venus we can be predisposed to look for relationships where our own wound always tend to resurface in negative emotions, such as possessiveness and jealousy."

The way you handle jealousy can reveal itself in various ways, too, depending on your zodiac sign. "Each sign will feel or not feel jealousy in a different way and based on different triggers," Dr. Elisa Robyn, PhD, an astrologer and astrology transitions consultant, tells Bustle. "The water signs tend to have their feelings hurt a bit more easily, and take actions personally. The earth signs want stability and expect this from partners. The air signs might not notice that they are the ones making their partners jealous. And the fire signs are often too busy charging forward to put up with jealousy in others."

As it goes with astrology, it all comes back to compatibility. You might find that, with the right type of communication in your relationship, jealousy doesn't have to rear its ugly head, Monahan says. And, if you learn to connect with people on an intimate level who feed your moon sign and not stress it out," she says, you may find that you can effectively eliminate negative emotions, like jealousy.

It's a natural emotion, in many ways, but it can have a greater impact on you based on what's going on in your birth chart. If you experience jealousy in your relationship, the best way to deal with it is by bringing any insecurities to your partner's attention, and discussing ways to create a more secure relationship, together.

Clarisse Monahan, astrologer and owner of Venus in Retrograde